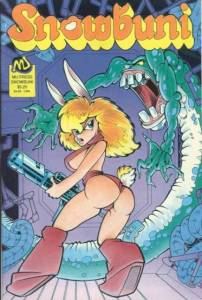 In this episode, Rob and Don sit down with former Comics F/X magazine founder and editor Jeff Wood to talk about the West Coast independent comics scene of the 1980’s. The three discuss the origins of Comics F/X magazine, MU Press, the small press black and white comics explosion, and how “three adjectives and a noun” comics and anthropomorphic smut crashed the industry. All this and the story behind Jeff’s own legendary comic Snowbuni are waiting for you in this, the 14th episode of the Department of Nerdly Affairs.