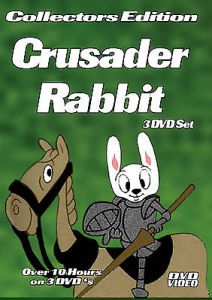 In this episode, Don and Rob discuss North American TV animation, tracing it from its roots in the 1950s to the rise of Saturday morning television and its eventual evolution in the age of Netflix. Along the way, they spend time with Huckleberry Hound, The Flintstones, Josie the Pussycats, the Micronauts, and Goober and the Ghost Chasers. All this, and why Fred and Barney sold cigarettes on air is waiting for you in this, the 19th episode of the Department of Nerdly Affairs.