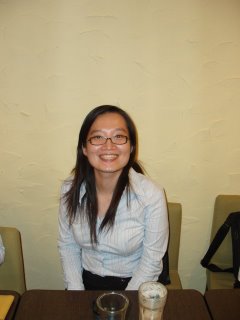 Elaine is an extremely sweet woman who never stops smiling and probably has one of the biggest hearts I’ve seen since I came to Taiwan. When I last saw her, she was off to pick up to birthday cake so she could show up at her boyfriend’s home at midnight and surprise him with it. She’s just that kind of person, and unless he’s stupid he’ll marry her first chance he gets! 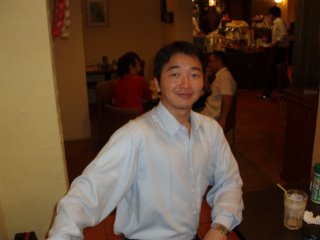 Shih-Chiang is the class family man (even though he’s a year younger than me) and plans to retire in 10…..okay maybe 15……no….20 years (hopefully). He’s a really good and friendly guy whose plan is to become rich, then help his friends become rich from the command center of his high-tech dream home. Good luck Shih-Chiang! 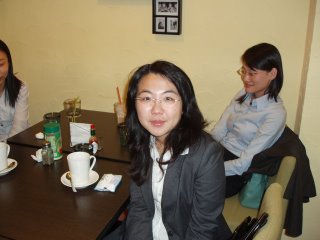 Celia was my MRT riding buddy since she and I took the same route to get home, and we had some good chats about baseball and computer games, her two passions. She is so passionate about baseball that she got up at 1:30am last Sunday night just to watch a game live from the USA (and has the cold to prove it!) so she could see Taiwanese pitcher Wang Jian-Min play for the Yankees. Someday soon she plans to live and study in the USA, and I think the school that gets her will be a lucky one. 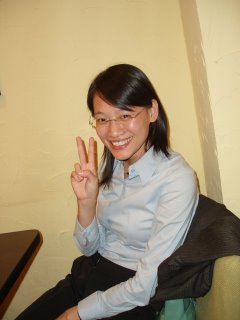 Vivi was probably the sharpest student in the class, whatever goes into that well-groomed fashionable head of hers stays in there permanently. If she learned something, she was using it almost immediately, and I think she can easily be fluent at English if she keeps practicing. When not increasing the size of her wardrobe, Vivi has taken up exercising and I hope she keeps that up too, it will help her stress levels a lot.

There were two more students who unfortunately couldn’t be in these pictures, Wesley (who actually is in the first group picture of the first post between me and Shih-Chiang) who had to leave for a dinner meeting and Charles, whose wife took ill during the afternoon and had to be taken to the hospital. Both of them were energetic and great guys, Wesley brought a lot of fun and a good attitude to the class (to say nothing of the best scary stories!) and Charles was always asking questions and bringing up interesting topics (as well as helping his poor teacher get though building security so he got home before dawn). Both of them were really missed at the final dinner, and I wish they’d be able to make it, especially Charles, who was my class leader and helped to organize this dinner in the first place.

Thanks to all of you for making the class a fun and memorable time! I hope all your dreams come true! Keep studying English! Jia Yo!

2 thoughts on “More Trading on English”