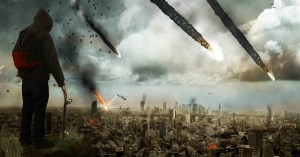 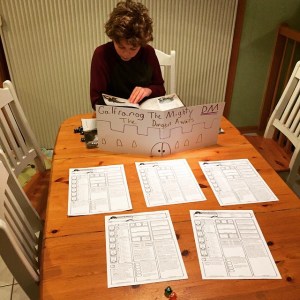 In this episode, Rob and Don are joined by fellow gamer Jack Ward to discuss the granddaddy of tabletop roleplaying- Dungeons and Dragons. The intrepid trio throw on their adventuring gear and delve deep into the many editions of D&D while sharing their thoughts on how D&D became a cultural fixture in our society.  All this, and why you need to roll for initiative right now!… are waiting for you in this episode of the Department of Nerdly Affairs. 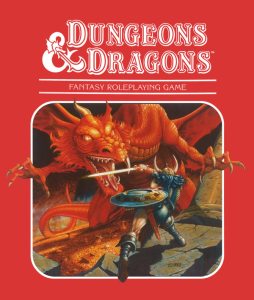 In this episode, Rob and Don are joined by their friend Chad Hicks to discuss their love of Tabletop Role-Playing Games. The trio explore the history of TRPGS, and talks about their own experiences and growing up playing these games. Along the way, they discuss the appeal of Gamma World, point based vs. random character creation, and their love of Superhero Gaming. All this, and the future of TRPGs are waiting for you in the 20th episode of the Department of Nerdly Affairs.

Today I attended Project Play, London’s first (or is that most recent? not sure) gaming convention of the universal sort. What I mean by that is that there wasn’t just Role Playing Games, or Tabletop Games, or Electronic Games, or Console Games, or Mobile Games, or Tablet Games or Classic Games or even Card Games- there was all of them! And more!

Fanshawe’s Student Union building was filled with game sellers, producers, and players. It also played host to Doll fans, Cosplayers, and Anime fans, who each had their own little areas, and other oddities like the Personal Computer Museum. (Which made me feel quite old as I looked at all the consoles I used to play as a kid, like the Atari 2600, the Intellivision, and the Commodore 64. I remember when the Vic 20 was new!) A nice collection of different smaller fandoms all under one roof that wouldn’t normally have enough people for a con, but could collectively benefit from being together.

I arrived about halfway into the event and I spent my time flitting from place to place and visiting with different people I knew, but mostly I spent time at the Forest City Go Club table playing teaching games of Go with Matt and Mark (who were kind enough to give up their day to man the table). When I first got there the club had been relegated to a back room, but eventually we managed to get moved to a more central location between a number of video game producers and things really started to hum! Quite a few people were interested in learning about Go, and with luck we made a few new Go fans. (And maybe club members! We’ll see in the coming weeks!)

I’d say somewhere between two and three hundred people came out to Project Play today. That’s just a guess, but by the afternoon that place was really moving, and it was a joy to see. There have been attempts to hold Comic and Sci-Fi conventions in London before, with varying degrees of success, but none of them really brought together so many diverse groups and done it so well.

Let’s assume our technology continues along a predictable path and let’s assume that simply existing in space is still the ridiculously dangerous affront to god it is today. Would it be single fighters swirling in pew-pew dogfights? Railgun platforms sniping things from unimaginable distances away? Would there be any weapons at all, or would it be more like trying to fry the enemy in your thruster wake? I really don’t know much about space, and I’ve been wondering for a while, so I turn to you.

Oh, and please feel free nitpick the tiny technical details, as those are what I’m most interested in.

The discussion he got was many pages of interesting discussion, the first being the best:

The most “realistic” space combat I’ve ever seen was in a long space opera series by Peter F. Hamilton. He makes some convincing arguments as to why pretty much everything you see in modern sci-fi wouldn’t work.

The basic argument goes something like this: Humans are limited to accelerating at only a few g’s, while your weapons can tolerate accelerations of many times that. In the book, I seem to recall antimatter drones accelerating at 40 g’s or so, which isn’t as sci-fi as it seems since we have already created antimatter in the lab, just not in very large quantities.

Now, by analogy with modern warfare, why don’t we use swords anymore? Because rifles have longer range, and a sword-toting army would be decimated by a basic infantry long before they ever got in range. Well, lasers and railguns are the swords in outer space. Once your target is even so much as a light-second away, it’s pretty much impossible to hit them (assuming they are maneuvering, which they should be). Let alone light-minutes or light-hours.

Basically, future space combat will take place between ships that are incredibly far apart, exchanging salvos of self-guided missiles at extreme ranges. Because anyone not adopting this strategy will be destroyed long before they get into range.

You can see this trend with modern naval combat already. All naval guns are pretty much obsolete, having been replaced with missiles. We don’t operate any battleships anymore, and destroyers operate more than anything else as screens for our aircraft carriers, which use planes to strike targets thousands of miles out. There’s no reason space won’t be any different.

But the rest also makes for interesting reading, if like me you’re into such things. 🙂

AskGaming: What would a genuinely realistic space combat sim look like? : gaming.

This forum thread has some interesting stuff too: