Apparently an early 80’s Japanese music genre called City Pop is exploding on the internet right now. As a watcher of 80’s anime, I’m used to it, but it is nice to see this music getting it’s due. Everything old is new again!

A Brief History of City Pop In this episode, Rob and Don delve into the topic of Affluence in the Media. Where do our ideas of wealth come from? How does the media shape our ideas of what it is to be wealthy? And why is Richie Rich a post-apocalyptic warlord? All this, and Sigmund Freud’s Nephew are waiting for you in this episode of the Department of Nerdly Affairs. 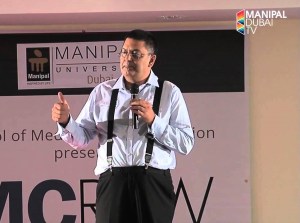 In this episode Rob and Don sit down with Journalist and TV Producer Dr. Rashid Narain (R.N.) Shukul to discuss Television and Media in India. Along the way, they touch on RN’s career as a cameraman and war correspondent, his time as TV game show producer in India, his time producing documentaries for Fremantle Media, and some of the political figures he’s encountered. Are Indians into Scifi? What is their preferred style of heroic fiction? And what’s up with all the singing and dancing? All of these questions and more will be answered in this episode of the Department of Nerdly Affairs. In this episode, Rob and Don do an overview of the Japanese media titan Ultraman, delving into the concepts behind the series, doing an overview of Ultraman’s long history, and talking about their personal connections to the character. All this, and a trip into the world of 80’s independent television, are waiting for you in this episode of the Department of Nerdly Affairs

From: For More Effective Studying, Take Notes With Pen and Paper

According to a new study, Pam Mueller and Daniel Oppenheimer of Princeton University and UCLA Los Angeles respectively, students who write out their notes by hand actually learn more than those to type their notes on laptops. Over the course of several experiments, Mueller and Oppenheimer tested students’ memories for factual detail, conceptual comprehension, and synthesizing capabilities after half of them took notes by hands and the other half took notes by way of computer. Students who used laptops cranked out more words than hand-writers did, but the hand-writers ended up with a stronger conceptual understanding across the board.

Why? You can read the article, but the short version is that when we write by hand we have to process the material more, and thereby learn it better. Makes sense.

Of course, the converse would also be true. If you just want to dump your unedited ideas in text form (for say, brainstorming) then a computer would be a better tool because it has less steps between you and the data output. Something to think about.

Now if could only convince my students that their laptops aren’t helping them study!

A great short spoken-word film about the importance of real life, real friends, and real moments. You can find the full text of his poem here.

This short film makes me think a bit of the Alex Ross illustrated series Marvels that came out in 1994- a citizen’s eye view of what it’s like to live in a world with superbeings and how terrifying that would be.

To me, as a kid, Saturday afternoon was a sacred time. I spent each Saturday from 1pm until 6pm watching Superhost Marty Sullivan show old horror and sci-fi movies from Cleveland, OH. In fact, I dare say it was a more religious experience to me than my Sunday mornings at church! As such, I have a great fondness for Horror Hosts and the Creature Feature programs they hosted. According to what I read, they were the result of packages of old B-Grade Horror Movies being sold to small and independent stations back in the day to pretty much act as filler content during lulls in programming. The problem was that these movies were all of odd lengths, and generally needed to be fit evenly with commercials into 2-3 hour blocks. So, they created Horror Hosts like Vampira (the first horror host was actually a Host-ess!) to fill in the gaps or occasionally narrate around edits for time when things needed to be shortened.

This evolution was chronicled in the documentary American Scary, which you can watch in full here:

Each Horror Host had their own schtick and style, and there were a lot of them! Superhost was the one I actually watched on a regular basis because of his fondness for Japanese Giant Monster Movies, but I did occasionally watch Sir Graves Ghastly from Detroit if there was something he was showing I thought it was worth staying up for.

Most Hosts did extra comedy skits, and many of them became very famous local celebrities, often appearing at special events and doing charity work.

Oddly enough, Cleveland (which is right across Lake Erie from my own city of London, ON) was a hotbed for Horror Hosts, and the producer of one of the most famous- Ghoulardi. Ghoulardi was way before my time (1963-1966) but was so influential and popular that there’s even a convention in his honor held every year which attracts many fans of the genre. There was also an Emmy award-winning documentary made about him called Turn Blue, which you can also watch on Youtube…

Sadly, Horror Hosts seem to have been a uniquely American phenomenon (here’s a list of the Top 12), with the only non-American host I’ve been able to find being one in Australia. I tried to find examples of Canadian ones, but we don’t seem to have had any true ones. (I have heard there might have been one in Montreal, though.) They’re a cultural artifact which has mostly passed into history, as there are only a tiny handful of them left, mostly on local public access TV channels in the US. I’ve also heard there are a few modern Horror Hosts doing their thing on Youtube, but haven’t found any yet.

I’m not sure why they interest me so, I guess it’s just nostalgia as I get older. They’re an artifact of my childhood that I wasn’t aware was different while I was growing up, but are gone now that I’m old enough to appreciate them. Yeah, there’s Rifttracks and MST3K, but it’s not the same. I guess you just had to be there! 🙂

A few sites with more information:

I’ve been spending a lot of time recently watching short films on Youtube, and one of the recent surprises I’ve had is discovering the “Wand Duel” genre. Similar to the “Lightsabre Duel” genre that has been floating around on YouTube for a while, the Wand Duel genre takes the simple premise of the Harry Potter wand duel as presented in the movies and runs with it.

Most are short and to the point, with some being simple…

And others fairly complex…

And still others trying to be full short films…

…But they’re all variations on a theme.

In a weird way, the Wand Duel genre is a perfect one for student (and especially teen) action/special effects fanfilms. Unlike Lightsabres, which are tied to a whole otherworldly fictional universe, the Harry Potter setting is inherently our own, so beyond having wands (sticks of wood) no other special props or costumes are required.What also helps them is the incredibly vague and fluid nature of exactly what’s happening in a Harry Potter-style magic duel, which pretty much seems to be whatever the writer/director wants it to be!

About the only things these filmmakers need is a camera, a knowledge of basic cinematography and some software that can overlay effects. (Which they can learn to produce through YouTube tutorials.) It’s a great training ground for aspiring fimmakers to play with and learn their craft, and I hope they keep at it!