So, today I joined Connie and her mother in a tip up YangMinShan mountain to one of it’s many parks! I met them at the train station, and then two bus rides later there we were outside of the visitor center.. 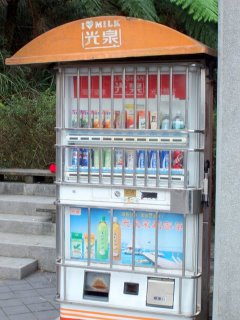 I took this picture because I thought it was sad they had to put bars on the vending machines in such a beautiful and idyllic setting. I guess there are people spoiling things everywhere! 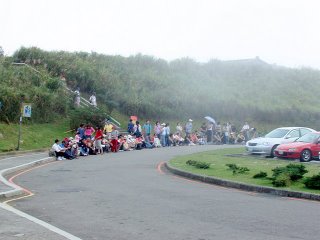 The bus stop area in front of the visitor center. That white stuff is clouds! We’re actually up in the middle of a large cloud bank during these pictures! (Which is also the reason there are no scenic shots…) 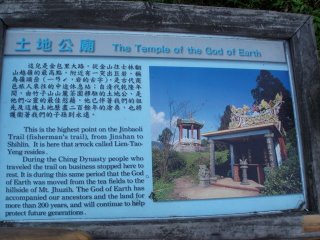 Plaque outside the Temple of the God of Earth, an honorable and just local diety. 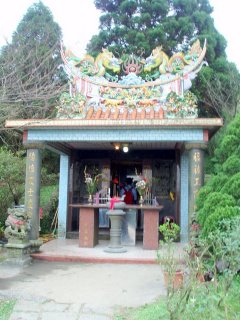 Said temple behind the plaque!