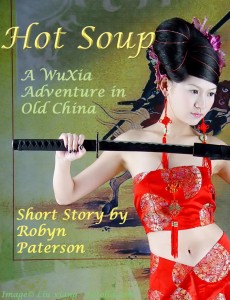 “This is exactly the sort of kung fu adventure I love to read! I thought the author’s note at the end explaining wuxia and it’s special place in literature alone was worth the price of the download. ”

–Jeannie Lin, author of Butterfly Swords, and The Dragon and the Pearl.

When a crime lord’s wife is stricken with a mysterious illness, Little Gou finds himself on the hunt for a solution- but the only cure lies on the table of a visiting imperial noble who’s about to eat it for lunch!

Get it on the Kindle for 99 cents!

Get it in other Ebook formats at Smashwords for 99 cents! 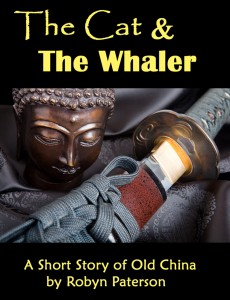 The Secrets of the Five Lotus Stance are known by few, desired by many, and held by only one. Unfortunately for Little Gou, that happens to be him! Pursued by pirates, and caught in the clutches of a mysterious warrior sect, Gou must use the power of a scroll he can’t read to get it back to its rightful owner. Even if it kills him. 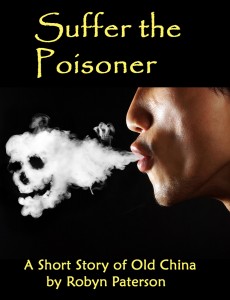 “There’s poison in your soup.”

With these words, Little Gou is thrust into another adventure as he finds himself struggling to get the woman who poisoned him past an army of soldiers hunting her. Even if they can get past the army, their greatest challenge lies ahead- facing an ancient secret society who will stop at nothing to keep their existence hidden.