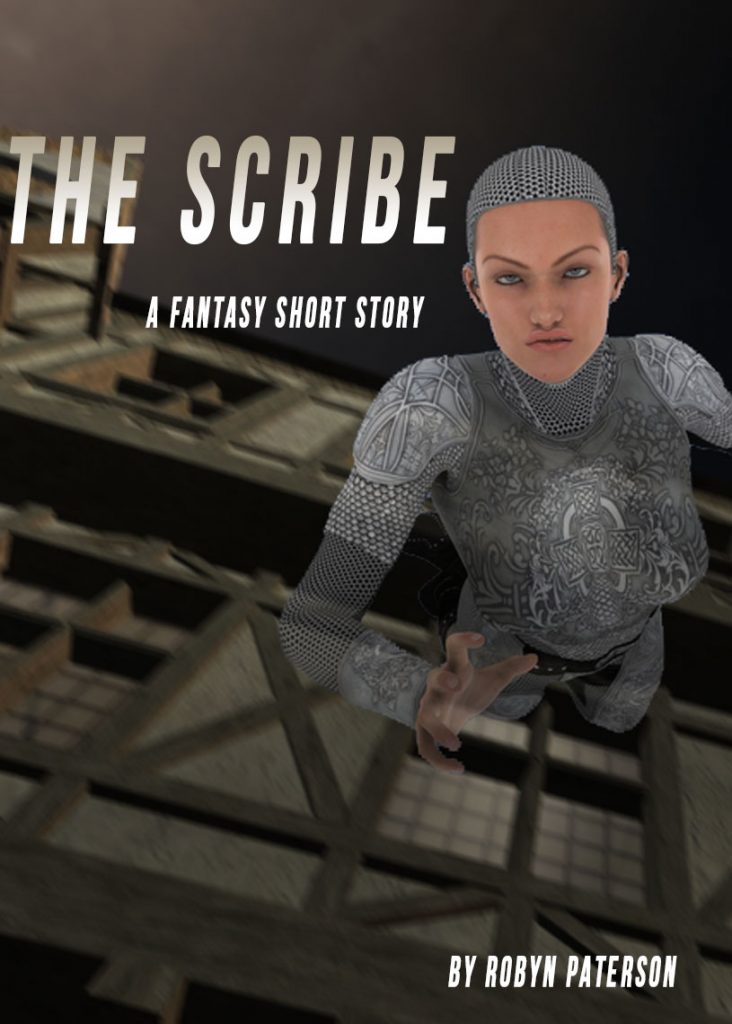 “He was tagged by one of the guards on his way into the castle.”

Anders nodded, looking down at the image of the man on the scrying mirror. The man in question was just entering his twenties, mouse brown hair, slight stoop, clothes just a bit sloppy and ill-fitting- typical scribe. He didn’t look like much of a fighter, either, and hardly like an assassin- which was reasonable since he was supposed to be neither of those things.

“Do we know what he’s been infected with?” Anders asked, not taking his eyes off the man, who was simply sitting at a desk arranging papers.

“We got Kulhaven to do an analysis,” Lord Brigham answered. “He’s been hit with a Class 4 delayed action Mind Control spell- Hathiri in origin. We’ve got intelligence running it down, but I expect it’ll come up as one of the standard types.” Then Anders’s boss, the director of Imperial Intelligence , stroked his long red beard. “Good bit of luck, that. If they’d used one of the more recent spells with a cloaking weave, the guard’s mage sight might not even have caught it.”

“Yes. Good bit of luck.” Anders repeated, sounding more thoughtful than certain. “So, who at the peace conference are we to assume is the target?”

“Kiri?” Lord Brigham looked over at one of the other people who stood around the table in which the scrying mirror was embedded. A striking ebon-haired woman with pale skin and eyes such a bright blue that they glowed with a soft luminescence in the darkened room.

“Tomorrow’s peace conference between the Cutwater Rebels and the Empire will be attended by sixteen delegates- eight from each side, plus their scribes and personal attendants. The most likely targets are the heads of the rebel army, Earla Brightblade and Sturm Gallan, or the Minister of the Left, Lord Rathcombe. The deaths of any of these people would result in the dissolution of the conference, and the continuation of the war.

“It is possible others might be the targets, but since we assume that the goal of the assassination attempt is the continuation of hostilities, they will be the most likely choices. In addition to this, Lucas Biddleton, the scribe in question, is slated to sit to Lord Rathcombe’s left. Killing the Lord from that position will be relatively easy, assuming he’s also got some form of weapon smuggled in with him.”

“The pen will be enough,” Anders commented, tapping the side of his throat. “If he hits the right spot. There will likely be poison in the ink as well, or some sort of enchantment to make sure the job is done properly. Assuming the Lord is the target, and assuming that Biddleton is carrying the weapon and not having it delivered.” Then he looked at his boss. “How are we going to handle this, sir?”

The aging warrior glanced around the table at the eight assembled members of the Imperial Eidolon Corps, “For the time being, we’ve just had Biddleton put under surveillance. Our goal isn’t to stop the assassination, that’s the job of the security detail on the conference. Our goal is to learn who’s behind this and gather enough evidence to make sure they’re dealt with.”

“Understood.” Anders replied, turning to look at his team. “Alright people, listen up. Since time is critical, we’re going to split into four. Vulfang and Jorah, you’re going to do a background check on the scribe. Interview family, friends, neighbors and anyone else you can. Kiri, you and Kulhaven need to continue your covert analysis of that spell someone’s put on him. We need to know what the trigger is, and anything else you can get from it.  Black, you and Ding need to check the rest of the attendees to the best of your ability, also check the rooms where the conference will be taking place. You’re looking for any method by which something could be passed to Biddleton during the conference.”

Then the thirty-something man with the shaggy brown hair looked at the remaining member of his team, a tall, blonde woman with broad shoulders and a steely gaze. “Courtney, you’re with me. Everyone else, keep in touch.”

This got a round of affirmations, and the team went into action as Anders and his partner walked from the table, heading for the nearest door. Anders pulling on a gray longcoat and tanned fingerless gloves as they went.

“Captain, where are we going?” Courtney asked, striding along beside him.

“To interview the attendees.”

“But, you just assigned Black and Ding to deal with them?”

“No, I assigned Black and Ding to check them, not talk with them. That will be our job.”

Anders smiled. “When faced with a choice between two evils, trainee, always pick the one you haven’t tried yet.”

“When we go in,” Anders told his partner while they were waiting. “Note everything.”

Courtney nodded, and at a mental command let the faceplate of the armor she wore slipped over her eyes. As it did, the world suddenly shifted to the view through mage-sight. Now the world was patterns of energy weaving in and around everything, blue and green for inert natural energies, and brighter yellows and oranges and reds for energy which had been twisted and woven into constructs.

Instead of seeing Anders in the black-piped crimson of the Imperial Security service, with his long face and shaggy brown hair, she instead saw a vaguely man-shaped fuzzy yellow blob. His protective magics and anti-scrying spells preventing her senses from penetrating more deeply into his true nature. Similarly, when she looked down at herself she saw the magical Armor of Saltea that she always wore, but which was normally invisible and intangible around her body. A second skin of full armor that existed in astral space and only manifested to aid her or protect her. To anyone else, she too would appear to be wearing the normal security service uniform.

A quick check of the front sitting room of the mansion they were visiting revealed a number of spells for monitoring and listening in, as well as several dormant security traps for the unwary thief. These were all relatively minor weaves, not meant to deal with someone whose magics were stronger than you could find in the marketplace. This was merely a wealthy merchant’s home in a frontier city, after all, not a place of espionage and covert operations. Although with the leader of one of the rebel armies here, she did think it poor that the host hadn’t beefed up security a little.

At last, a servant appeared and gestured them into the audience room, where behind a large antique desk with gold inlays sat the rebel leader, Earla Brightblade. She was older than Courtney expected, with salt and pepper hair and deep lines in her leathery face, but the young woman could also see how Earla may have once been a striking figure. Not that she wasn’t impressive now, with her bright purple silks and blue sash, but what immediately drew Courtney’s eyes were Earla’s own- she didn’t have any.

In place of eyes, Earla Brightblade had two clear glass spheres, and in the middle of each hung a red gem shining like a miniature star. Orbs of Truth, Courtney thought as the General rose to greet them and offered a hand. They were rare, even rarer than the armor Courtney herself wore, and she had only heard of them, never seen a pair. Even though this woman was the enemy, it raised her quite a bit in Courtney’s estimation. To have your eyes ripped out and replaced with these artifacts took a lot of courage, even if they allowed her to see “the truth of the world”- whatever that meant.

“Welcome, friends.” Earla smiled, motioning them to the seats arrayed before the desk. “May I offer you tea? Or fruit? The merchant whose home I stay in specializes in fruits from the Southern jungles, so do feel welcome to ask for whatever you may wish.”

Anders sat, declining the offer. “No. No. Thank you, General Brightblade. We don’t wish to impose on your host’s profits, nor do we plan to take up much of your time.”

“Of course,” the older woman slipped back behind the desk. “But you will not be offended if I partake? I have been working so hard I seem to have missed a meal or two. Haman, could you see to it?”

The tall, gruff looking man in the white clothes of a desert warrior who stood beside the general’s desk nodded. “Of course, General.” Then he marched back out the way the pair had come.

“Colonel Haman of the Slate,” Earla said once they were alone. “My chief of security, and the head of my house guard. I saved his life during the Red Gorge incident, and he has been with me ever since. If you are here to discuss changes in security arrangements for the conference tomorrow, he would know them better than I would.”

“We are, but I think General, that you are the one who can better answer our questions.”