They called him Le Troll, a hulking, blustering ox of a man.

Renard had only seconds before he hit her- hard.

Twisting out of the way, she threw a handful of ash from the manor house fireplace into his face, blinding him.

“Run!” She screamed at Claudette, who was caught like a deer in the firelight.

Then, before Rennie could get away, a hand the size of bull’s head clamped onto her arm and she was slammed into the sitting room’s stone walls.

There was a cracking sound, and she felt something come apart in her right shoulder, but she forced herself to move.

The Troll was clawing at his eyes, trying to get the stinging ash out with his over-sized fingers, and she rolled on her left through his legs and made for the door, grabbing Claudette by the arm as she passed.

“What is this?” The stunned aristocrat gasped as they rushed down the hallway, still trying to make sense of the situation.

Rennie didn’t have to think hard to guess.

The Troll worked for the Wiese family, and Claudette had just spurned a marriage proposal from Marlon Wiese, the spoiled son of the grand seigneur of Montreal. Claudette was the teenaged daughter of one of New France’s aristocrats, and despite their current status as the owner of one of the poorest seigneuries, to marry her meant entry into the nobility here and in France. Rennie had thought that he had taken the refusal well and had let herself hope against hope that there wouldn’t be trouble.

Still, to be cautious Rennie had stayed with her closest friend the night of the festival to celebrate work beginning on the new city walls, when Claudette’s father and the rest of the household staff had gone into town. Claudette had feared encountering Marlon during the festivities, and had chosen to remain behind to avoid a scandalous scene. The plan had been for a nice quiet evening drinking cider and playing Lanterloo, a card game both excelled at but which Claudette’s father had forbidden her to play.

There was little doubt his plan was to simply take Claudette, and then claim she had willingly come to him. In New France, the legal remedies for those without power were limited, and Claudette’s own Dupris family had little influence these days. With Claudette in hand, it was all too likely for him to succeed.

So he had sent The Troll to get her.

The monster had crept upon the girls while they played by the fire in the sitting room, and almost caught them completely unawares were it not for Rennie’s keen hearing.

Now they had escaped him, but for how long?

He had come in alone, but that didn’t mean he was alone. She had to assume there were others prowling around the grounds, hunting for them.

Her good arm was already giving jolts of pain, and going stiff from the impact.

There would be no help from any outside, everyone was at the festival, even the wives of the tenant farmers.

And, while she could vanish easily enough into the night-time forest, Claudette was hardly a runner at the best of the times.

Given these options, Rennie banged out the best plan she could.

“Audey, listen to me.” Rennie said as they ducked into the kitchen. “You’ve got to get a horse, it’s our best chance.”

“But…But the stables? There may be others.” Said her wide-eyed friend, starting to show signs that her wits had returned.

“I’m expecting it,” Rennie agreed, helping herself to a couple of the larger kitchen knives. “I’m going to distract them while you get a horse. Then, while you ride for safety, I will lose them in the forest.” Then she paused when she saw the look of worry on her friend’s face. “Is there a day when a clod like that can catch me in the forest? I’ll be fine.”

A bit more convincing was necessary, but in the end Claudette agreed and the two moved to the servant’s entrance.

There, they could see the stables, but before they could act they heard a great thunder of a voice yelling.

“Escaped! The girls have escaped me!”

Soon the Troll ran into view, and from the shadows around the yard several other men emerged to join him in the bright moonlight.

“Search everywhere!” He screamed. “It’s your hides if they run off!”

“Now’s my chance.” Rennie whispered. “Take your horse and ride for my father’s farm.”

Claudette squeezed her arm, and gave her a deeply concerned look.

“Don’t worry so, Audey.” Rennie said as she kissed her friend’s forehead, then she was off.

Rennie dashed back through the house to avoid giving away their position, and then leapt through one of the side windows to get outside. Once out in the courtyard, she made a point of running through one of the brightly lit open areas, making sure her feet crunched into the gravel as loudly as possible.

In a flash, Rennie was running hard, with the sound of many footsteps behind her.

She ran through the front gate of an estate she knew like her own garden, and then dashed straight for a nearby woodlot. Her intent was to get them into the marshy bog which lay within the patch of forest, but which she could easily avoid, and then double back through the ravine beyond to make sure Claudette escaped safely.

However, just as she hit the edge of the woods, a woman’s scream ran out through the night, making Rennie’s blood run cold.

Rennie’s body had already begun to spin before her mind could react, and she came to a halt at the wood’s edge.

The men were almost upon her, forming a wall between her and the manor house.

Another scream rang out- she was sure she heard her name.

And Rennie, one arm useless, facing five men twice her size, made a decision.

She drew one of the kitchen knives with her off hand… 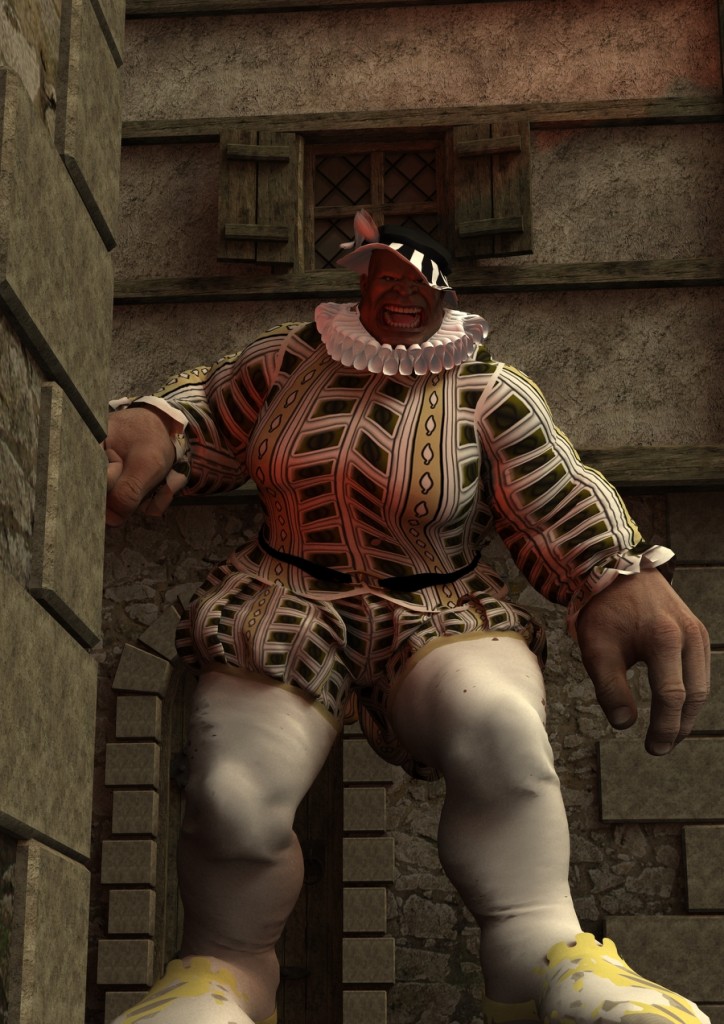