So, this weekend I ran a little thing called the Forest City Cup- London, Ontario’s very first Go tournament. We had 18 people turn out to play from as far away as St. Cathrines, and had a great time playing Go all day.

Well, I didn’t get to play, as I was too busy troubleshooting and organizing, but everyone else did. There were three organizers, and only two could play, so I volunteered to work instead of play. To give you an idea of how busy I was, when I got home I realized that in nine hours, I had only sat down a total of about 15 minutes. Still, it was all totally worth it, and so damn satisfying.

A little over a year ago, I was dreaming of a Go club in London, then I ended up being the organizer of our city’s largest club, and now I’ve also helped organize a whole bloody tournament! It’s funny where life takes you sometimes. 🙂 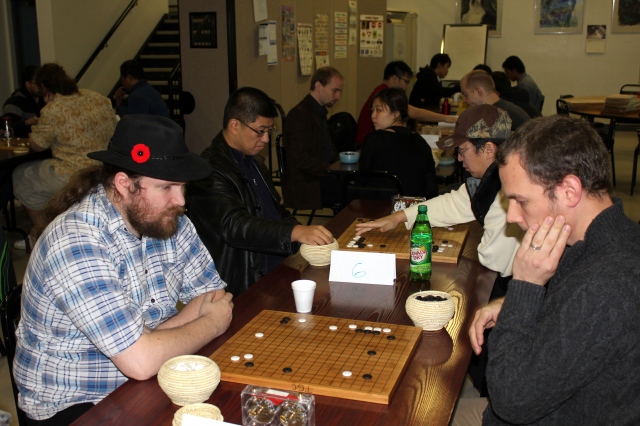 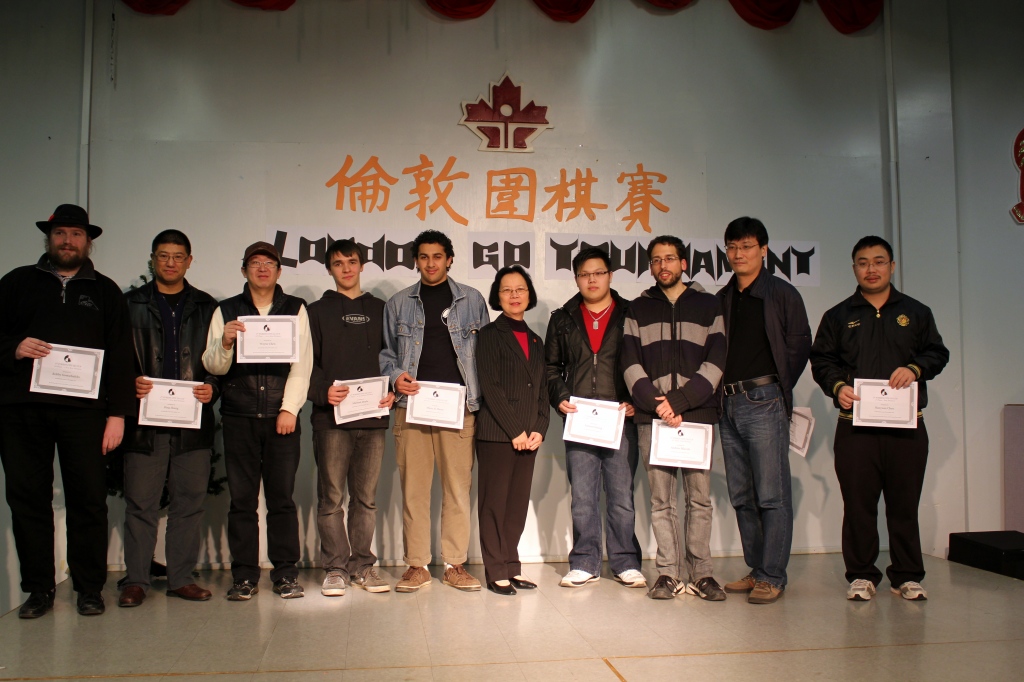 The winners of three divisions (Beginner, Intermediate and Advanced) 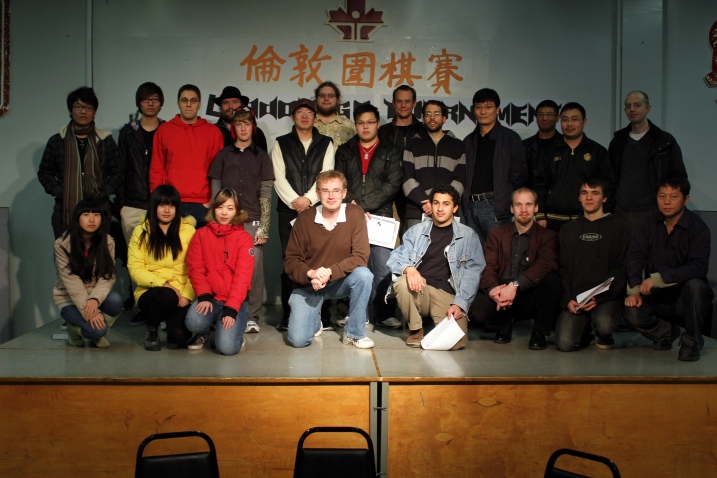 Rob steals the spotlight in the group shot!