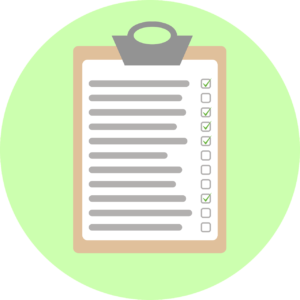 One of the more fascinating things about the internet is its ability to highlight so many different facets of human nature. The internet has brought out the best of humanity in things like charity drives and campaigns for positive change around the world, and it’s brought out the worst of humanity as well, in numerous sites filled with anger, hate, deception and depravity where you can find out worst sides on display.

It would be too far to say the internet has made us more human, but it has definitely shown us the true nature of what it is to be human in many ways.

One of those ways is how it’s changing fiction.

While in the past, genre fiction (action, crime, romance, erotica, horror, etc) was something that people considered a guilty pleasure and tended to read in the privacy of their own homes where nobody would judge them for not reading “real” books, now in the Kindle ebook age, genre fiction has exploded beyond anyone’s expectations. In fact, when it comes to ebooks, genre fiction tends to be closer to the rule than the exception, far outselling what it did in print, and leaving “literature” in the dusty bookshelves.

Nowhere is this more true than in the romance genre, which was already the world’s best selling genre of fiction, but thanks to ebooks women have been consuming romance in such large quantities that they have been destroying discount ebook and audiobook sites. Sites like Scribd which have tried to become Netflix for eBooks have found that romance readers have overwhelmed their budgets and killed many one flat fee schemes for digital media.

There’s something about romance fiction that women can’t seem to get enough of, just ask any bookseller who was around when Twilight and Fifty Shades of Grey were at their peak, something which appeals to the most basic parts of the female brain.

Not that this is a surprise to anyone who has looked at neuroscience research, or psychology, or sociology, or…dare I say it…biology. Test after test, study after study come back with one simple truth, the truth we all know but often aren’t supposed to say in our hyper-egalitarian age…

Men and women are different.

Not better, or worse, just different.

And, one of the ways that your average man, and your average woman (notice, I’m not saying all men or all women, just the average one) are different is that while women are oriented towards people, men are oriented towards things. Or, to be more specific for what we’re talking about here- woman are relationship-oriented while men are goal-oriented. This is why women’s communication centres are larger than men’s, and men’s centers for motor and spacial skills are more developed than women’s. Men’s brains are literally optimized for dealing with tasks, while women’s brains are optimized for dealing with other people.

Thus, as a consequence of all this, women are drawn to romance because it appeals to their subconscious need to further understand human interaction and find the optimal partner and father for their children.

But, what of men?

As noted above, men are thing and goal oriented. They are designed to find, seek, hunt, build, fight and create- all things which are connected to the world around them. The most popular male genres like Action, Fantasy, and Westerns are, and always have been built around those broad actions- about a man who reaches out and tames the world around him.

Consequently, many have equated the Action genre (in its many forms dating back to Beowulf, to the pulp fiction of the 20th century, superhero comics, action movies, etc) as being the male version of the romance novel. However, with the rise of ebooks, we’re now seeing a new genre emerge, one which might more literally be called the male equivalent of the romance novel because it goes to the same parts of the male brain the romance novel does in the female brain-

Simply put, the Task Story is a story which is there to stimulate the unconscious male desire to achieve goals and tasks. It’s targeting the same parts of the male psyche that are the reason why most men have “hobbies” or “projects” that they feel compelled to do or drawn to. They are no-nonsense stories built very simply around the structure of a character with a very clear task to perform, and watching the character attempt to the best of their ability to perform that task. (In the past I have called these Creative Procedurals, but I’m starting to think simply calling them Task Stories might be a better choice.)

A Task Story almost everyone reading this is already familiar with that came out recently a book and movie is The Martian. In that story, an astronaut is stranded on Mars, left behind after an accident, and must figure out how to use the tools and knowledge of science to survive until help can come in the distant future. The structure of the story is very very simple, a man and a task, and that forms the whole backbone of the story, with no need for drama or other interactions except as it relates to the task he’s trying to perform. (Of course, this is just an updated version of Robinson Crusoe, another Task Story of the same line.)

The Lost Fleet by Jack Campbell- a man wakes up from suspended animation and through a series of circumstances ends up in command of a fleet deep in enemy space trying to get home. It’s eleven books or riveting sci-fi action, 90% of which are set on three rooms in the same battlecruiser, and most of that with him in the command seat of the ship. What drama there is basically just padding for the sake of drama (and at times nails-on-a-chalkboard bad), but the heart of the book is just a man trying to complete the “simple” but extremely hard task of getting the ships home.

A final Sci-fi example which has blown up recently is the incredible We Are Legion (We Are Bob) by Dennis E. Taylor, which is about a man named Bob Johansen from present day whose memories are used as the template for a future space probe going out into the stars. The probe can build copies of itself with the materials it finds in other star systems, which results in legion of “Bobs” traveling, exploring and fighting to save humanity from extinction. However, through it all, it’s just about the Bobs trying to accomplish the very hard tasks of saving humanity, one step at a time.

Not that Task Stories have to be science fiction, the entire modern-set Jack Reacher series by Lee Child is nothing but Reacher going from one task to the next, each of them with him applying his massive skill set to dealing with the situation involved. This too has spawned countless clones, because there’s something about this simple, solid narrative structure of “a man with a problem to solve” that appeals to the male brain and makes for compelling fiction when done right.

Another place to find this on display which the internet has really highlighted is Webfiction, where you need look no farther than the newest exploding subgenre litRPGs to find a whole genre almost entirely written around Task Stories. In the vast majority of these stories, a character with a greater goal is dumped into a virtual video game world and then proceeds to work their way up the system to achieve that goal. The progenitor of these is Legendary Moonlight Sculptor from South Korea, but most people are more familiar with names like Ready Player One and Sword Art Online.

Not that it’s just litRPGs, Asian webfiction for men is currently dominated by a variety of Task Stories. From the Chinese Xianxia “Cultivator” stories where a young man goes from being a nobody to (literally) a god, to the Japanese Isekai stories where a young man (or occasionally woman, but they’re still mostly written and read by men) gets dumped in a fantasy world and must complete a quest of some kind.

Sites hosting English fan translations of these stories, like Wuxiaworld and Gravity Tales are getting tens of millions of hits by readers…a day. And, these English language numbers are tiny compared to the readerships they have in their native lands.

And, almost all of these stories are super-simple in structure- the character has a task and they go through the steps needed to complete that task, meeting challenges along the way. Drama and romance are secondary things at best, because that isn’t the point, the point is a character trying to accomplish a goal and watching they work their way through that procedure. Other characters are only there to help the main character in their goal, either by providing resources or motivating them in some way (which is usually the female love interest’s sole purpose in most of these stories, if there’s one at all).

Compare this with the traditional Hollywood three-act-structure we see most narratives based on, and you’ll see the difference. In those stories, the character goes on a journey of personal change, where they try to accomplish some goal, discover flaws within themselves preventing them from achieving that goal, and then accomplishes the goal having overcome those personal flaws. The focus in those stories, which are designed to achieve a balance between male and female interests, are mostly on the character’s personal inner journey and change, linking it with external events.

So, how does the story maintain interest without the interpersonal drama?

Well, going back to my article on The S.P.I.N.E. of Every Good Story, the story simply focuses on other things from the options of Skills, Perception, Information, Novelty and Emotion. Generally, Task Stories tend to focus on Skills, Information and Novelty. Jack Reacher is a perfect example of this, reading a Jack Reacher novel is an exercise in learning about guns, unarmed combat, infiltration techniques, geography, geology, psychology, and a whole pile of other information. The author is constantly filling each chapter with interesting (and always relevant) bits of information about the world around Reacher, and you can learn a lot from any of his adventures while being surprised.

This desire to learn is stronger than most people realize, and can sustain interest in a story as it goes. Just look at the 7.6 million subscribers to the Primitive Technology YouTube channel, a channel which is just about a single man trying to recreate various pieces of technology from the ground up. It’s a literal example of a non-fiction Task Story in action, and it’s wildly popular.

That doesn’t mean there can’t be personal transformation or things like deep introspection in a Task Story, but it isn’t the point, so those things are often left off the table. In many cases, deep questions about philosophy would get in the way, so they’re just ignored in favor of presenting big challenges for the main character to overcome. These are truly external stories, and internal drama would mostly go against the point.

Whether these types of stories will continue to flourish is anyone’s guess, but considering that they’re also some of the oldest kinds of stories (Jason and the Argonauts anyone?), they’re definitely not going away, and their appeal only seems to be rising with the explosion of litRPG stories and Light Novels. They’re also a type of story that favors younger authors, who may not have a strong grasp of drama, but know how to write a simple story about a man (or woman) on a mission. If they can do it well, they can find an audience, and work their way to the top.