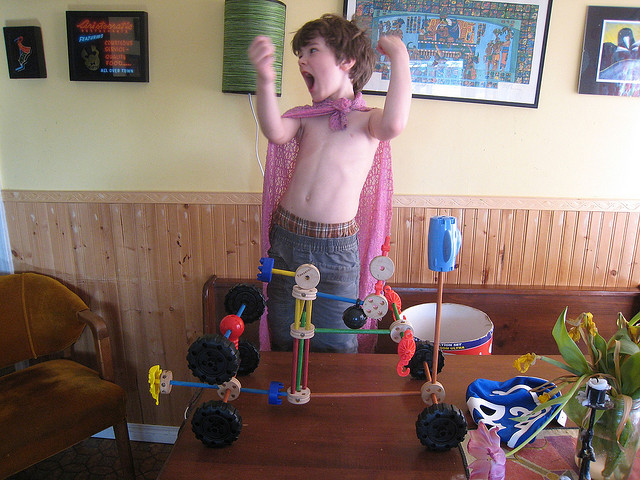 I’m a couple chapters in to my newest work-in-progress, and it kinda sucks.

Of the many pieces of advice often handed out to new writers, two are in my head at the moment. The first is “It’s okay to suck.”, and the second is “The first draft is the writer telling themselves the story”. These two combine nicely to explain my feelings about the story I’m working on, and how I feel differently about it than the first draft for any story I’ve written in the past.

Let’s break those two statements down, and then talk about how they work in harmony.

“It’s okay to suck,” which I first heard said by Mur Lafferty, is advice to writers who find themselves paralyzed by the quality of their writing. Now, she doesn’t mean it’s okay to publish a work that sucks, that would be a huge mistake. No, what she means is that when you’re writing your first draft of your story, some parts of it might be really bad, but that’s okay. You shouldn’t let your desire to produce a perfect work of art keep you from writing, because rough drafts are exactly that- rough. They have parts that don’t work and will later be replaced and thrown out. So, if the part you’re working on now sucks, that’s okay, because that’s just a placeholder for something really cool you’ll come up with later on during editing and revisions.

This leads us to “The first draft is the writer telling themselves the story,” which I’ve heard credited to Terry Pratchett (and others). This piece of advice is a little trickier to understand, but in essence he’s saying that the first draft isn’t the story that the world will see, but a draft only for the writer themselves. It’s a version of the story that exists only for you to understand and explore your story and characters, and is not meant to entertain anyone but you.

So, what do we get if we combine these two?

The first draft is a playground in which you can suck as hard and fast as you want to, and not be afraid because nobody else on Earth is going to see it. You can (and will) change anything and everything later, so who cares what parts are placeholders and what parts will get erased? This is you, the writer, mucking around and seeing what kind of story you can put together for your own fun and pleasure. Some bits will rock, other bits will be less-than-awesome, but it doesn’t matter, because it’s all for you, and you alone.

Stephen King, in On Writing, suggests that you never let anyone see your first draft of a story, no matter how tempting it might be. I think he’s right! Because if you at any moment feel that another person will see this draft, you will start to edit and censor yourself as you’re writing, which completely defeats the purpose of this rough first draft. Get it out onto the screen (or paper, Luddite!) and then worry about making it presentable to the world during revisions. Right now, it’s a mud castle like you made when you were a kid, and you get to play in it and shape it how you want- so don’t hold back.

If you do, you’ll find writers block and procrastination wait to tie you up and hold your creativity for ransom- don’t let them!

So, it’s okay that the stuff I’m working on now sucks.

It’s laying the groundwork for the writing that comes later.

And that, will be glorious!