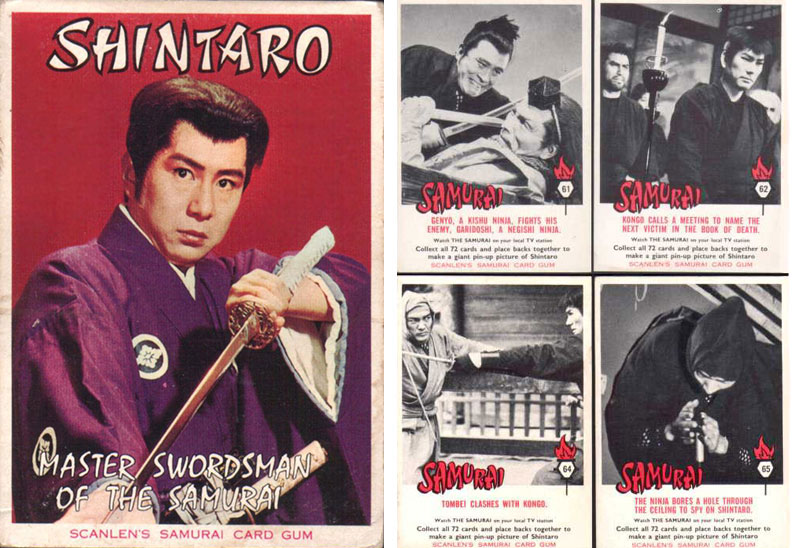 In 1962, Shinichi Nishimura, a TV Japanese producer, decided to create a Japanese TV series which mimicked the American westerns which were still super-popular at the time on TV and Film in the USA. With this in mind, he created a series called Onmitsu Kenshi (隠密剣士, “Spy Swordsman”) which was about a wandering government agent operating in the Northern reaches of Japan during the Edo Period. The main character, Akikusa Shintarō, was effectively a Japanese Texas Ranger, who defended the weak and fought against corrupt officials. He even wielded a “Dutch gun” which was a standard cowboy Six-Shooter way ahead of it’s time. The show even cast the native Ainu people of Northern Japan in the role of the Native Americans, although interestingly enough they were portrayed mostly as discriminated against and sympathetic, not the angry raiders often seen in Cowboy movies.

The show was quite popular in Japan, maybe because it was a little different from the usual period action shows, and would eventually run 128, 24-minute episodes broken into 10 story arcs. But would have probably faded into time except that in 1964 an Australian TV station decided to air a few episodes in honor of the 1964 Olympics in Japan, and in the process set off a huge national craze…

By 1965 it was the TV hit of the year, becoming the most popular programme in TCN-9’s history up to that time, surpassing even The Mickey Mouse Club and sparking the first wave of ninja-mania outside Japan. The level of popularity it attained is remarkable given there was still much resentment of Japan in Australia at the time, although it may be explained by the fact that most of the fans were children and teenagers. The program proved so popular that a promoter brought out star Ose Koichi and a large supporting troupe to appear in a specially written 90-minute stage play based on the show, which played to capacity houses in both at the Sydney Stadium and Melbourne, and it was reported that more people (over 7,000, many of them in costume) turned out to greet Ose when he arrived at Essendon Airport in Melbourne than greeted The Beatles when they visited there in June 1964. (from Wikipedia)

There was even a 2009 documentary about the craze, which had a major effect on Australian views of Japan.

However, oddly enough, despite it’s “American” influences and roots (and a decent English dub for the day), the show actually never took off in the rest of the English-speaking world beyond Australia and New Zealand. Maybe because they were so inundated with Westerns, even one dipped in soy sauce couldn’t catch their attention to the genre, which was slowly fading in popularity. Or, it might also be because color TVs were just starting to become common at that point, and the still Black and White Shintaro: The Samurai looked old and faded to a new Boomer audience.

In any case, if you’re curious to check the show out, you can find the first three arcs (dubbed) on Youtube.

The rest of the series can be found subbed on Archive.org, or DVDs can be purchased on Amazon.com.

It’s an interesting show and worth checking out for fans of Westerns or Jidaigeki Japanese action dramas. They’re short, fun adventures, and offer something neither totally Japanese nor American, but an odd blend in between.