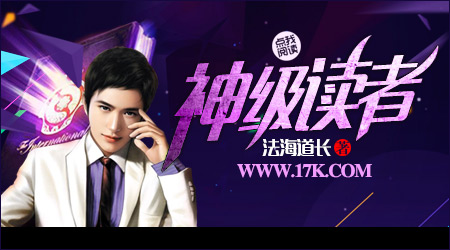 After posting a link to my recent post about  Chinese Xianxia webnovels, I became engaged in a discussion on the Wuxiaworld Forums about the different webnovel genres in China and their proper names. As a result, I discovered that technically I was wrong in referring to the genre I described previously as Xianxia Fiction- it should actually have been called Xuanhuan Fiction.

Xuanhuan (rhymes with Duan Juan) fiction could literally be translated as “Unreal Fiction”, and as you might guess, is an umbrella genre which includes subgenres like Xianxia (Immortal Fiction) within it. However, unlike Qihuan (“Magical Fiction”) which uses Western (Lord of the Rings, World of Warcraft, D&D) type magical settings, Xuanhuan stories take place in high magic versions of Chinese/Asian environments. What I did was roughly the equivalent of referring to “Science Fiction” as “Space Opera”, which is a subgenre of Science Fiction, but not all Sci-Fi is Space Opera.

Here are the actual categorizations from the massive Chinese webfiction site 17K, as translated by Epithetic:

Eastern Fantasy (东方玄幻 – Dōngfāng Xuánhuàn): Fictional stories centered primarily on Oriental myths, legends and fairy tails or ones that use such elements as their basis.

Foreign World Power Struggle (异世争霸 – Yì Shì Zhēngbà): Fictional stories set in a different world, in a different land, with clear supernatural elements, and that are centered around a military power struggle.

Remarkable Power (异术超能 – Yì Shù Chāonéng): Fictional stories surrounding ordinary people where the protagonist has an extraordinary supernatural ability that is used to drive the plot.

Feudal Lord (领主贵族 – Lǐngzhǔ Guìzú): Fictional stories where the protagonist is a lord in a feudal society and the plot is centered around the development of power and influence.

Ancient Investiture of Gods (洪荒封神 – Hónghuāng Fēngshén): Stories about immortal heroes set in the early days of the universe where the storyline is based off of “Investiture of the Gods” or myths and fairy tales like it.

Modern-day Remarkable Hero (现代异侠 – Xiàndài Yì Xiá): Fictional stories set in modern times where the main protagonist has the characteristics of a martial hero, replete with martial techniques and/or other, similar abilities.

Historical Martial Hero (历史武侠 – Lìshǐ Wǔxiá): Stories mainly about martial heroes that also incorporate history to a greater extent, or stories about history that are written straightforwardly in the martial hero style.

This is just a small part of the list of the different genres being written and read on 17K, and I’d highly recommend you go to Epithetic’s site and read the full list. The list itself is fascinating because it really gives a rare look into a whole other literary world and the stories they are telling each other. There are genres and subgenres there which don’t exist in English, and it shows how cultural values really shape what people consume in their entertainment.

I should note that I’m told most of what 17K is publishing is what we in English might refer to as Young Adult Fiction, Light Novels or Pulp Fiction. These are stories which are meant to be fun, light reads and which don’t focus so much on the details or intense character development that more literary fiction might. In a lot of ways, they seem to hold a position culturally similar to the old Pulp Fiction Magazines or Comic Books. (I would observe they seem to very much have the same place in China that Manga do in Japan, which isn’t surprising since China doesn’t have much of a comics market.)

An amusing note to finish on- according to this Reddit thread, the Chinese refer to this type of fiction as YY Fiction, with YY being the shorter form of the pinyin Yiyin. What does YiYin mean? It would literally translate to “Mental Masterbation”. :-)))

Perhaps that’s all you need to know.