There has been some discussion about why Star Wars: The Force Awakens, the movie that rocked the box office in North America and Europe, comparatively tanked in China. In case you hadn’t heard, it opened in China to poor reviews, made a mere $52 Million in its opening week (by comparison Furious 7 made $182 million in China it’s opening weekend) and then got crushed during its second weekend by this movie… 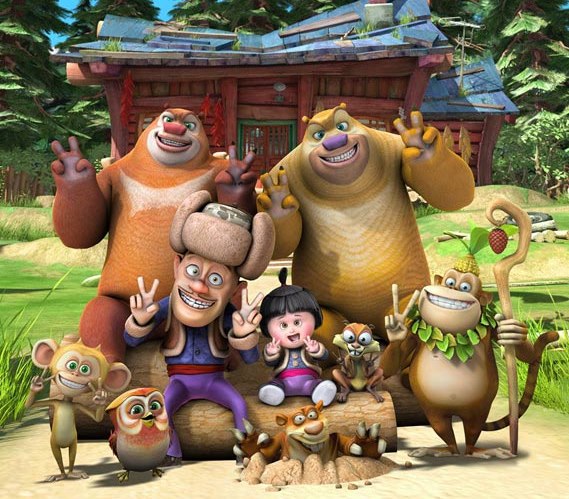 Boonie Bears 3- Yep, the Jedi were defeated by this lot.

But the truth is, everyone should have seen this coming. When Disney purchased Star Wars for $4 Billion, they were getting a franchise that would work for them almost everywhere in the world- except China. (Which is currently the third biggest movie market on the planet, by the way. Ooops!)

Why? You may ask. Why would our beloved Star Wars not work for Chinese audiences?

Well, to help answer that question, watch the following short trailer for a 2015 TV show:

Does that look familiar to you at all? And the Chinese see this on their televisions literally on a daily basis- Star Wars is the basic Chinese fantasy genre with white people and spaceships. Everyone talks about Star Wars’ Japanese roots, but what they forget is that while Lucas took elements of style and iconography from Japan, he was also borrowing heavily from the Shaw Brothers Hong Kong cinema of the day as well. If anything, Star Wars is far more Wuxia than it is Samurai, especially in style and presentation.

Sending Star Wars to China is the equivalent of Chinese people making a Marvel-style superhero movie, adapting it to Chinese audiences, and then turning around and trying to market that film back in North America. How well do you think that would work? Well, you don’t need to think long, it already happened- it was called The Four, and it happened a few years ago. If that movie’s name didn’t immediately leap to your mind, there’s a reason for that, the same reason why the mainstream Star Wars films are ultimately doomed to mediocrity in Chinese cinema, despite the efforts to hype it up.

(It’s actually a pretty good movie, if you have the time, and was on YouTube with English subtitles last I checked.)

Rogue One, and some of the spin offs might do okay, because they’re not about Jedi and fantasy elements, but instead other genres set in the Star Wars setting.

On the plus side, however, this could be a good thing creatively. For example, ghosts are a huge no-no in Chinese cinema, so there would be no Force Ghosts in any new movies if they’re considering a Chinese audience. It could be very creatively freeing not to have to worry about Chinese censors, and Disney could spend their marketing money elsewhere to get better results.

Here in Canada, we have a saying- “like selling snow to Eskimos” (I know it should be Inuit, but that’s the saying) and when Disney tries to take Star Wars to China, that’s exactly what they’re trying to do.