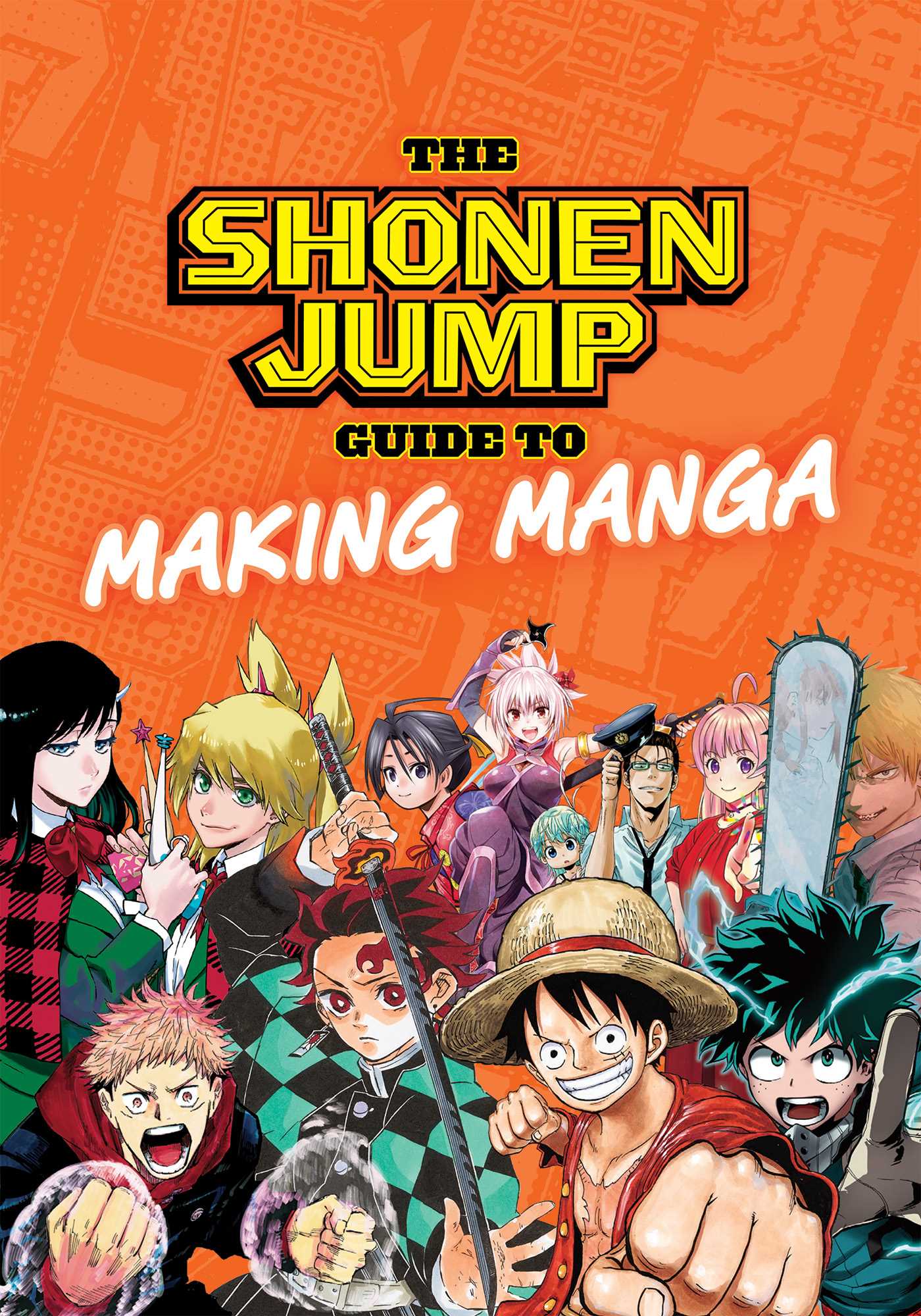 The other day I was poking around Amazon, and to my surprise discovered that VIZ had just dropped The Shonen JUMP Guide to Making Manga. This is a book which was published last year in Japanese, and now was available in English for all to enjoy.

I couldn’t hit that “Buy Now” button fast enough, and within 24 hours my copy arrived on my doorstep.

Well, first let’s look at the blurb for the book:

The people who make the World’s Most Popular Manga share their tricks, advice, and secrets!

From Dragon Ball to Demon Slayer, from One Piece to My Hero Academia and beyond, Weekly Shonen Jump has published some of the finest manga to grace the earth. Now, the creators and editors behind several of the most popular manga in Shonen Jump sit down to discuss how to craft exciting stories, how to use your tools to the best of your abilities, and more. Whether you’re getting started on your artistic path or a veteran looking for new tips, The Shonen Jump Guide to Making Manga is the perfect book to sharpen your skills.

Except, that isn’t what this is, and most of that blurb is exaggerated marketing hype.

In reality, the book is really a collection of answers to surveys the book’s editor gave to various manga artists at JUMP bookended by some Q&A dialogs between the editor and a fictional aspiring manga artist. Which in itself sounds not too bad, except that this means the book is basic a “treasure hunt” where you read through a bunch of survey answers and look for something useful/inspiring. And, on top of that, the more famous the manga artist, the shorter their answers are because they were probably too busy/burned out to answer in depth. For example, most of the answers from the creator of Chainsaw Man (Tatsuki Fujimoto) are literally 3-4 words long.

So, if you’re looking for the book of secrets to making the perfect shonen manga, look elsewhere, because this isn’t it. If anything, it’s at best a companion piece to Hirohiko Araki’s Manga in Theory and Practice, which at least goes into some of the more practical parts of making manga. (If also being a little skimpy on the details.)

The editor of this book explains in the end-notes that this book was originally conceived of as being something more meaty and practical, but in the end they decided that they didn’t want to lock creators into any one way of thinking about creating manga. So, instead they decided to make a book which new creators are supposed to draw inspiration from instead of learn from. Which is a laudable goal, but like some of the fluffier shonen manga, the book basically turned into a giant collection of people saying “believe in yourself” and “try hard.”

So, is there anything good in this book?

Well, I can’t comment on the sections about art, because I’m not an artist. There might be more useful material there than for writers. (Although if there is, it’s still pretty basic.)

However, while on the writing side, I (personally) did find some useful little nuggets of advice here and there, I have to say there isn’t much for most writers to work with here. Most of what I found useful was some of the thinking that went behind character and story creation, and even then I can sum their advice up in one line – “Don’t try to just copy things you think are interesting, but instead figure out what makes them appealing to you and try to instill that feeling in the reader.” Which is something worth thinking about, but hardly worth reading a whole 178 pages for.

Thus, sadly unless you’re a shonen manga geek (like me) who finds things like what software most manga creators use interesting (Clip Studio Paint, by the way), or unless you’re looking for an “inspiring pep talk from manga creators” (which maybe you need), I would give this book a pass. It’s $2 worth of advice wrapped up in a glossy $20 package designed to make money more than help you make manga.