There were those who said there was nothing to worry about, after all, it was only the dirty and perverted stuff that would be reclassified as adult, right? 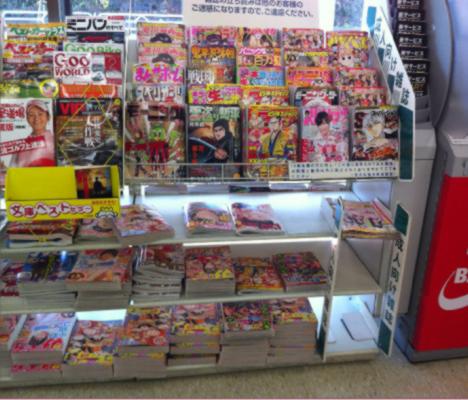 Similar arrangements exist in other shops for DVDs, eroge and so on, often with curtained off areas of the shop or otherwise. However, many outlets will not stock anything which needs to be separated into an 18+ section at all.

More details here, along with comments from local manga fans.

Now, on the “plus” side, I’m sure the industry will respond quickly and create some sort of comics code authority which will review and put it’s stamp of approval on “safe” manga to keep the peace. Of course, certain things will have to change as to what can and can’t appear in manga, but it’s all for the children, right? After all, manga’s for children, and no adult reads it? ^_-