The term “gap moe” is a hybrid English-Japanese term which uses the English word “gap” (the space between two objects) and the Japanese word “moe” (萌え, pronounced “mo-eh”, with a Canadian style “eh”) which is a slang term for “to create affectionate feelings.” Together, the phrase “gap moe” roughly means “to generate feelings of affection or interest through a gap.”

But what kind of gap?

And, why is it one of the most important phrases anyone who wants to make manga must know?

To answer the first question, we need to cast our eyes back to the seminal 90s anime Evangelion.

Evangelion was a ground-breaking anime in many different ways, but one of them was the introduction of a character named Asuka Langley Sohryu, more generally just called Asuka. Asuka in her first appearance.

Some of Asuka’s more defining traits are that she is a loud, brash, and extremely headstrong girl who is constantly berating the main character of the series, the mild Shinji. She was introduced as self-confident to the point of arrogant, uncaring, and generally unlikeable.

So, why did audiences end up falling in love with her and make her one of the most popular anime female leads of the era?

The secret to this was that while she was extremely unlikeable to begin with, slowly hints of a softer affectionate side of her were revealed. The audience came to understand that her loud brashness was because she was scared little girl inside, and this arrogant persona was a form of protective shell she showed the world to keep it at bay. 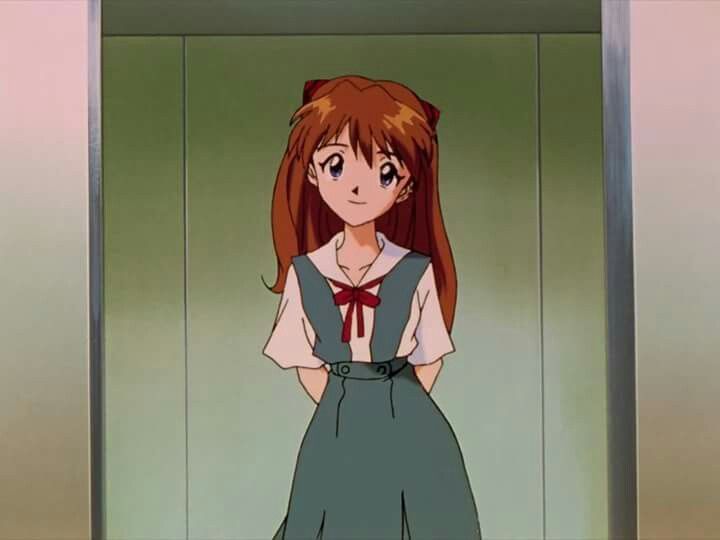 And, in coming to understand and appreciate Asuka’s real self, the audience which disliked her at first did a complete change and came to adore her instead.

The first is “tsundere”, which is a now commonly used term to describe characters in anime who act uncaring and indifferent when in reality they care very much. “Tsun” means “prickly” and “dere” means “warm hearted,” so you can see it means a “prickly person with a warm heart.” 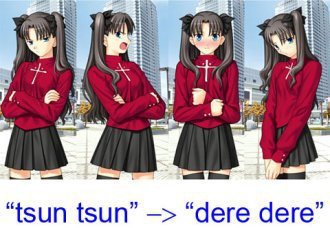 The other word is gap moe, which you have already learned, and maybe now can understand better.

The “gap” in gap moe refers to the gap between the audience’s expectations about a character and how the character actually is. The audience is faced with a paradox (gap) in their understanding of a character, and this conflict creates the impression of a more multi-dimensional character in their minds.

Initially, this term was generally applied to paradoxical characters like Asuka, but over time it’s come by manga creators to refer to a collection of psychological techniques for crafting how audiences feel about characters in stories. Techniques that you can apply to your stories as well, since they’re universal and work across any character-driven medium.

So, let’s talk about the types of audience expectation gaps that creators can use, and then go into why they work and how to use them.

Any of these expectation gaps can be used to influence how audiences see a character, and many of these expectation gaps can be done in very subtle ways, or they can be extremely loud and in the audience’s face. In either case, they will influence subconsciously how the audience sees that character, and can be a powerful tool in a creator’s arsenal. 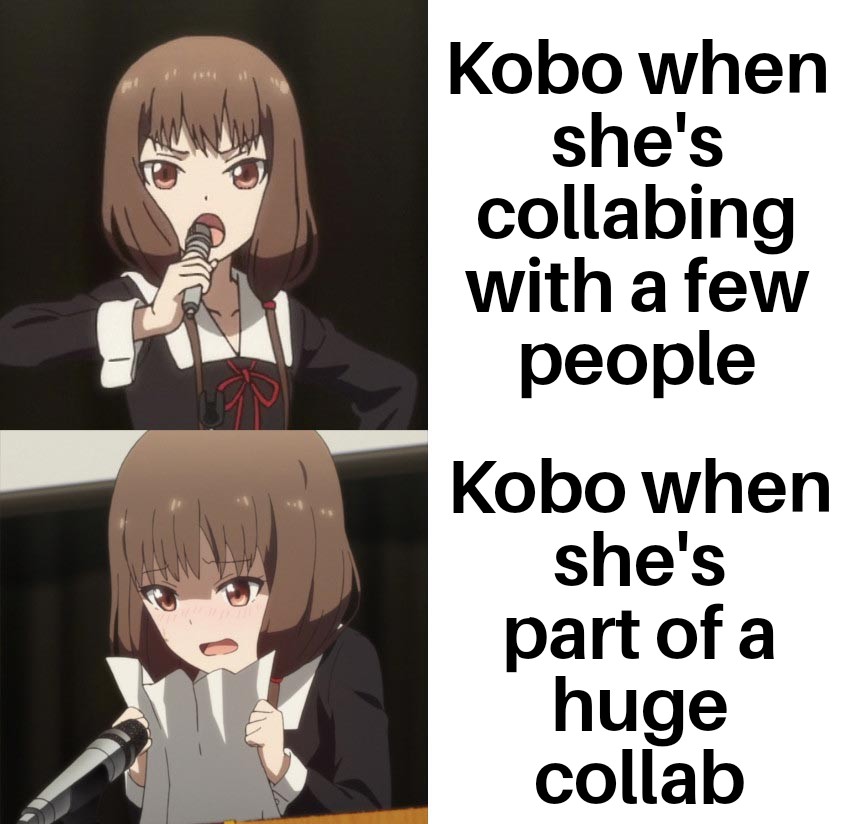 But, why do they work all?

The truth is, nobody seems to agree, but there are a few theories.

The most likely reason is based around the phenomenon of “closure” – where the human brain naturally tries to fill in empty space with patterns it knows. For example, when you read a comic book, your brain naturally fills in the missing information between comic book panels. Comic book panels are like captured moments in time, but your brain automatically makes guesses about what happens between those panels. In fact, closure is the very principle that makes comic books work at all! If our brains didn’t naturally try to connect the panels together, we would see them as separate pieces of art with no real relationship.

In the case of gap moe, or character expectation gaps, what’s happening is that the audience’s brains are seeing two conflicting character traits or actions, and then begin naturally filling in the missing parts with their own imaginations. In essence, the author is tricking the audience into “connecting the dots” they provide, and by doing so the audience becomes invested in the character they “helped” to define in their own heads.

This results in what is called “character expansion” where a character develops new dimensions as the audience learns new things about that character. The more information (or “dots”) the audience is given, the fuller a picture they have of who this character is, and dots in unexpected places result in the audience becoming more engaged with a character that they might otherwise be.

However, closure probably isn’t the only bit of psychological magic at work here.

Another trick in play is the effect that surprise has on people. When people see something they don’t expect, they give it more attention and focus that they might otherwise give. This produces a natural feeling of interest as their brain tries to figure out what’s happening, and can be used to trigger an emotional reaction as well. So, for example, when the audience sees a big tough gangster character go crazy for cute puppy, they’re both interested and emotionally stimulated by the surprise of the expectation gap and by the cuteness of the puppy itself. It all turns into a stronger emotional situation and produces a bigger impression on the audience.

And finally, when the expectation gap is going from negative to positive, there is another bit of psychology in play – the “gain-loss effect.” In short, the gain-loss effect happens when people change their minds about something they initially disliked or didn’t care about. For some reason, if people’s feelings go from negative to positive about something, they like it much more than they would have if they’d liked it to start with.

For example, if a mean character is introduced, but then audiences come to understand another side of that person after they’re shown caring for animals, the audience will like that character much more than if they’d just been introduced as a “good” character who likes animals. This is also why audiences often go wild for “rival” characters who later join the hero’s team in shonen manga – the gain-loss effect means that the initially unlikeable rival is more appreciated by the audience once they join the hero’s team.

However, since the gain-loss effect is only related to negative>positive changes of feeling, it doesn’t apply to all types of gap moe. Expectation gaps can go in many directions, and even go from positive>negative. For example, when a character initially presented as a “good” person turns out to be “evil” the audience will have much stronger feelings about them than they would if the character had just been shown to be evil from the start.

Which leads us to how best to apply the power of expectation gaps.

As you have been reading this, it’s likely that you’ve already been seeing examples of these expectation gaps in your head, so you may already have some idea of how they’re used. The best way to learn how to use them is to look for them in your favourite media and spot where your favorite creators are using them. Once you start looking, in fact, you’ll probably see them everywhere, especially in the work of the top manga and anime professionals. 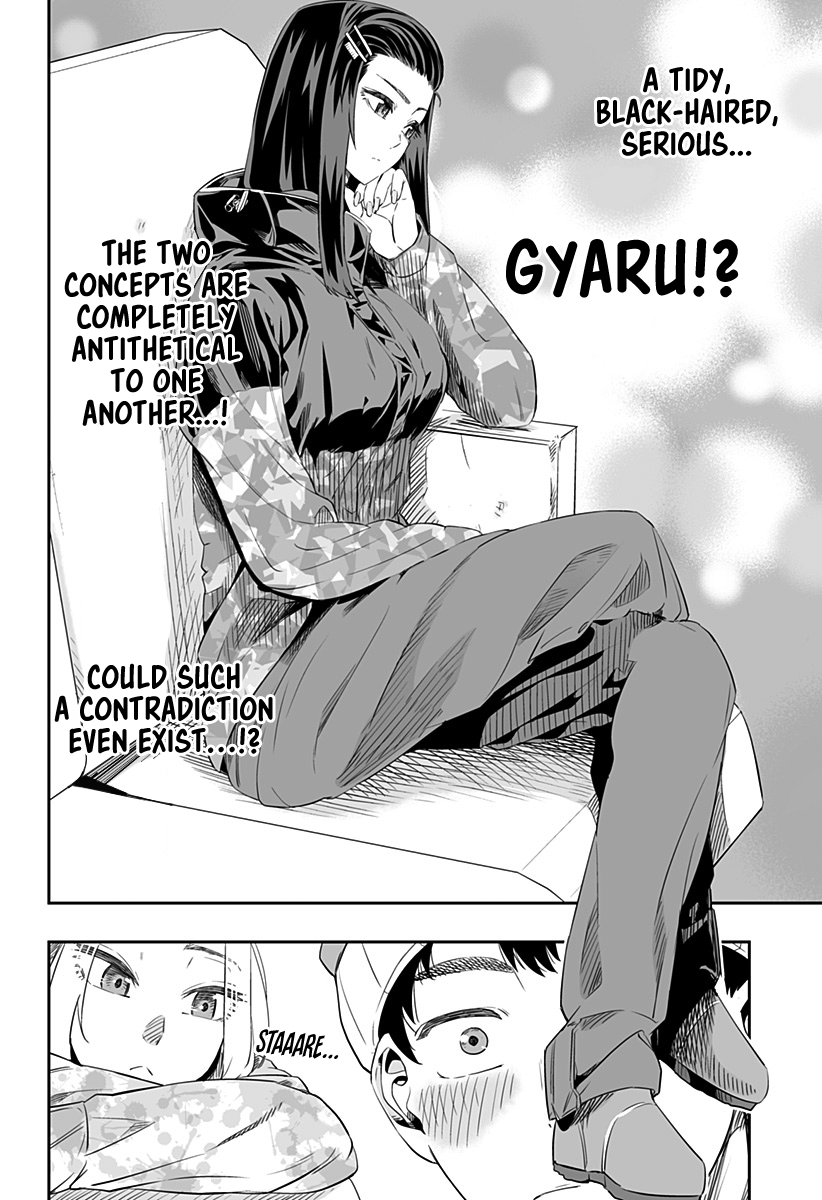 However, there are a few things worth thinking about when it comes to using expectation gaps in your own work.

In fact, one of the great things about expectation gaps is that they can also work as a way to build mystery or hook an audience to keep them reading. Smaller expectation gaps and hints of bigger ones can be used to keep an audience reading to find out what they mean for the characters and story overall. The foreshadowing of a character’s betrayal, for example, will be picked up by the audience and make them want to keep reading to find out if the character really is going to betray the heroes.

Also remember to use expectation gaps carefully and wisely.

Too many characters with big expectation gaps in a story can make the story seem silly or overdramatic, especially if they’re strange or unusual gaps. Generally, comedy manga are a constant parade of expectation gaps in action, while more serious stories make use of smaller and less frequent gaps that are mostly about maintaining reader interest. So, you need to know your genre and audience when using them to maintain the right tone.

In addition, make use of the many different types of expectation gaps and avoid building up patterns. For example, if all of your villains have good relationships with their moms, it quickly loses its effect and makes the audience stop seeing them as anything special. You should use expectation gaps like salt, pepper, garlic, and other cooking spices – small amounts in the right places can transform bland stories into delicious meals. On the other hand, too many expectation gaps can ruin a story and make it into a mess nobody enjoys.

Finally, another way to get expectation gaps to do double duty is to use them as dramatic twists or turns at certain points in the story, like the ends of scenes or chapters. An expectation gap reveal right before cutting away to events elsewhere or ending a chapter can really boost the interest of the audience and make them want to keep reading. If you check, you’ll find many manga will use an expectation gap reveal at the midpoint of a story to send things in a new direction, or at the end of chapters before they jump to the next chapter.

With these points in mind, you’re now ready to start exploring the world of gap moe and expectation gaps, and using their power in your own creations. As you think about them and use them more, you’ll get better at it, and as mentioned you’ll also see them everywhere. It isn’t just the Japanese who use them, as these techniques are universal, so writers across the world have long made use of them. As you watch films and read books, you’ll now start to spot where skilled writers have been sneaking these techniques by you and you never noticed.

So get out there and try them for yourselves.

And always remember – mind the gap.