There is no one shonen plot to rule them all, but there is a plot that has basically become a “gold standard” for shonen manga targeted at young adult males. This plot is an outgrowth of the philosophy that has evolved among the producers of such manga and been passed down to each generation of creator through the editorial staff and by reading the work of the previous generations. It is a plot which works time and again for the audiences of manga, and if creators are in need of a plot to wrap their stories and characters around, this is the one they will most often default to.

This plot, which can be called the “Lost Soul Plot,” brings together many of the needs of the creators and the desires of the audience into a single package that not just works for both sides, but has been proven to work over and over again. However, before going into the reasons why the plot works, let’s go over what the plot is for those of you who are impatiently looking for a plot to hang your own stories on. After we cover the plot itself, we’ll cover why it works and how to make it your own.

The basic version of the Lost Soul Plot has two (or three) characters:

And, on the simplest level the plot looks like this:

A hero shows a lost soul (who may be being threatened by a villain) the right way to live through their actions and inspires the victim to change and break free of their personal limitations.

This is a story where a hero character enters the life of a “lost soul” who wants to change their life, but can’t because they lack courage or don’t know how, and through being inspirational (and often heroic) shows them life is better when you give it your all. This inspiration motivates the lost soul to dig deep down and find the courage within themselves to change and overcome their own personal challenges to transform into a better person.

At the simplest level, this might be the lost soul gaining the courage or inspiration to do what must be done and overcoming their fears. For example, they might tell a truth they’ve been hiding from others, try something new in their life, or even just overcome their fears. They’re beating a personal challenge that to outsiders might seem small, but to them has been something they’ve been struggling with.

On the other hand, at the highest level, the lost soul might be motivated to make life-changing decisions about who they are and the direction of the lives. They might want to become a new, self-actualized person who is no longer the unhappy and emotionally frustrated person they were before, but a new and better version of themselves. This is usually them accepting that they’ve been living life in the wrong way and gaining the courage they need to take their lives in a new direction, no matter how scary it is.

However, no matter what level of change is involved, when the story starts the lost soul is stuck and unable to change, and it’s through interacting with the hero of the story that they find the confidence and/or way that they need in order to break free of their limits and achieve whatever it is they need to achieve.

Let’s look at a more practical example from shonen manga so that you can see the plot in action.

Tsukasa Hojo’s City Hunter is considered one of the top shonen manga of the 1980s, and while it’s older, it also uses this plot in a very clear and simple way in each story arc. So, while this plot is still common today, City Hunter can teach us a lot about how this plot is used. 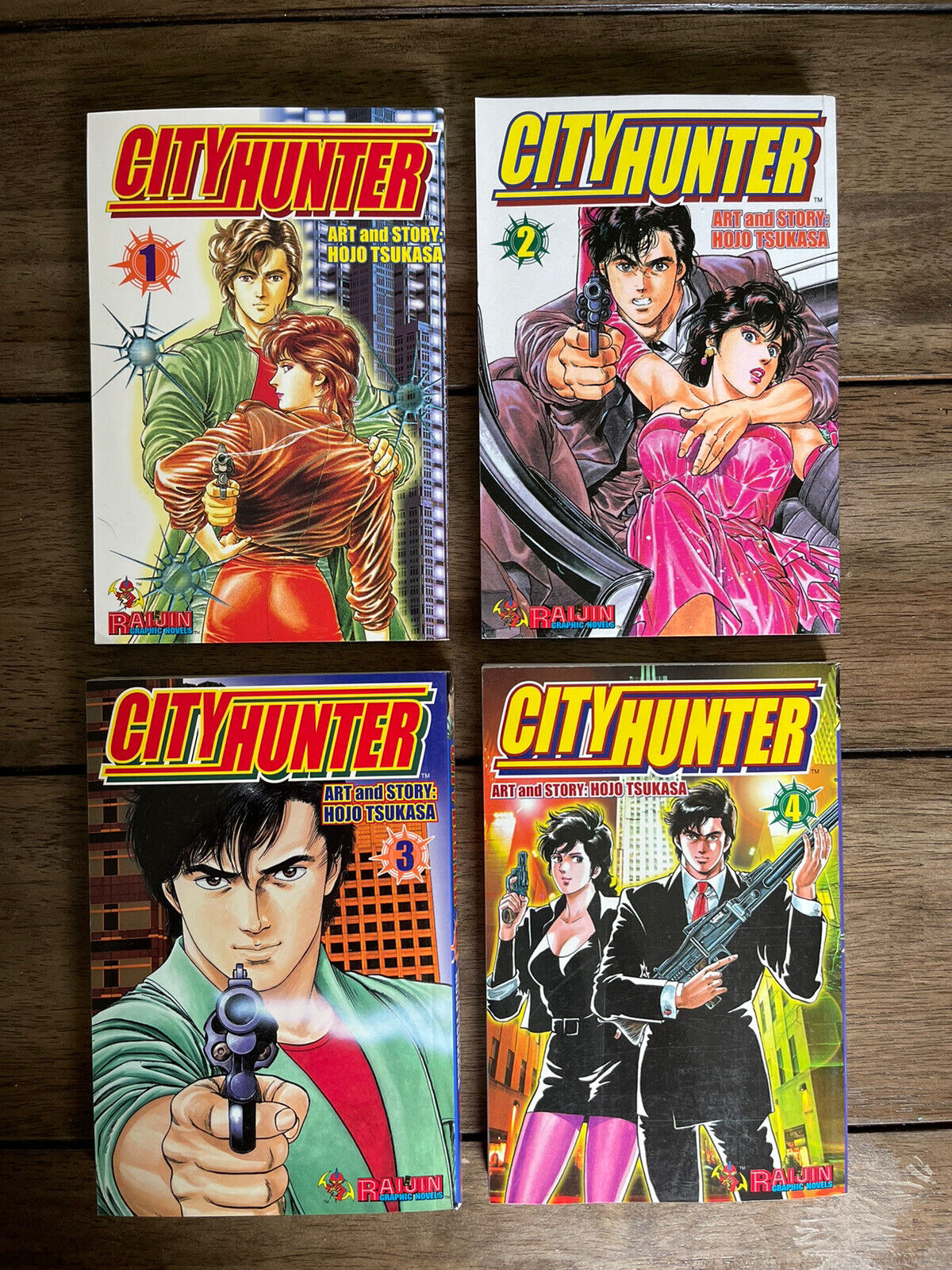 The majority of City Hunter story arcs run something like this:

A sexy young woman in danger seeks help from the “City Hunter” Ryo Saeba, a “sweeper” (basically private detective/mercenary) for hire who helps people who the Tokyo police can’t help. Despite her being a bit rude to him at first, Ryo agrees to help the girl, who being chased by the thugs of an evil gangster (or criminal, businessman, politician, mercenary, etc.) and becomes her bodyguard. (Safe from everyone but Ryo, who often acts like a lecherous pervert.)  While under Ryo’s protection we discover that the girl is a lost soul who has some problem in her life is making her unhappy and miserable. At the same time, the bad guys are trying to get her, and Ryo foils their attempts at her. Eventually, the bad guys manage to separate her from Ryo, and it’s revealed the head bad guy wants her for some reason connected with her personal problems. Faced with both a physical and emotional challenge, she is overwhelmed until Ryo shows up and saves the day, in the process showing her that her problems can be beaten through being brave and courageous. Now free of the ghosts haunting her, she thanks Ryo and starts her new life as a free and transformed person.

Here you can see a good example of this plot in action. The story is really the story of the lost soul, in this case the pretty girl, who usually enters the story trapped in unhappiness because of some personal problem. She is trying to accomplish some goal, but her personal problems keep getting in the way, and now she has to deal with some bad guys chasing her as well. Ryo is there to act as a guide or supporter for her (he’s the focus of the story, but not the main character, which is her), and through spending time with him she verbalizes her problems, which is the first step to facing them. The bad guys are there to provide action and drama while forcing her to confront her problems (or at least bringing Ryo into her life) and are usually connected to her problems in some way. Then, at the end of the story, everything comes together and she is forced to face her fears/problems and Ryo helps to overcome them by being brave and wise – showing her she doesn’t have to live in fear. She then transforms into her better self, Ryo beats the bad guys once and for all, and everyone (but the bad guys) lives happily ever after.

The story works on two levels – the mental/emotional and the physical. On the mental/emotional level we have the troubled young woman who starts the story a broken lost soul and by the end of the story she has been transformed into her better self. This is the heart of the story – her emotional transformation – and it’s what keeps the story from being just another “damsel in distress” story where heroes and villains shoot at each other. On the other hand, there is also the physical level, where she is being chased by people who want to harm her (and often kill her), and this keeps the story from just being a drama while she undergoes her mental change. Naturally, these two plotlines eventually come together in some way at the end for a big resolution. 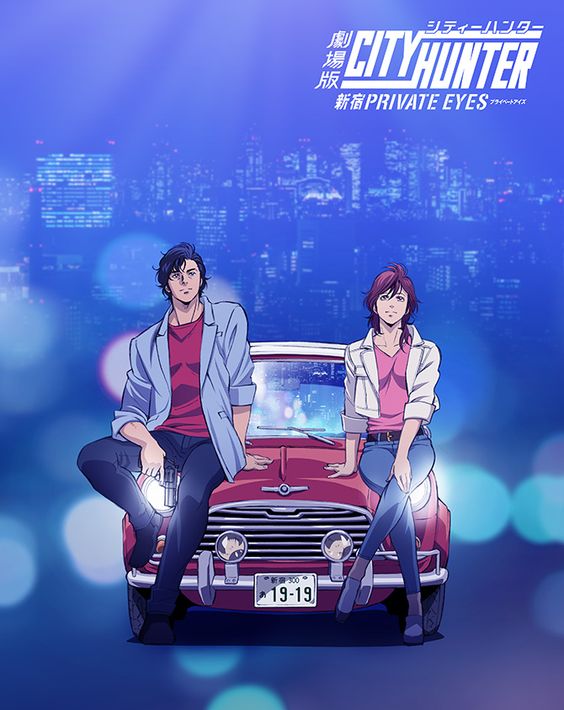 Ryo and his partner Kaori

City Hunter made this formula work across 191 manga chapters, two TV series, and several films, and almost all of them follow this pattern because it works so well. In fact, this version of the Lost Soul Plot can even be laid out into a fairly clear formula, like this:

This is great for shonen manga since audiences don’t want their favorite heroes to actually change as people – they like them who they are and want them to stay familiar and fun. However, audiences still want a story where some change happens because stories are about change, so the creators introduce other characters around the lead who do the changing in the course of this particular story arc. If you want to see this in action, you need look no further than the legendary manga/anime One Piece, where most of the story arcs is built on exactly this plot. The Straw-hat Pirates go to a new place, meet a troubled lost soul being threatened by a terrible fate, and end up fighting the villains as they inspire the lost soul to be brave and overcome their self-doubt. Then, in the end, after a long series of duels and fights, the lost soul stands up for themselves and Luffy finishes off the villain. The transformed lost soul then waves goodbye to the Straw-hats and they sail off to help out the next lost soul on their quest to find the One Piece.

Whoever (or whatever) the lost soul is in a One Piece story arc, they are there to be inspired by Luffy and his friends, and to face some great inner challenge that will require all of their courage to overcome, thus becoming their true self. Also, through leaving a line of people and places that have been transformed for the better behind them, the Straw-hat Pirates change the world one life at a time. (While getting into a series of cool fights with awesome superpowers.)

It should also be noted that the lost soul’s character arc should usually reflect the theme(s) of the story. For example, in One Piece, the theme of the story is freedom and living your true life, so almost all of the lost souls go from living in fear and doubt about their lives to being their true selves and finding freedom in being themselves. It’s only when they face their fears that they become free, and Luffy is just there to help them transform from imprisoned caterpillars to beautiful butterflies by acting as a guide and example.

Another note is that the “hero” in this plot can actually be more than one person. There are times when the lost soul character isn’t just inspired by the leader of the cast like Luffy, but by several different members of the main cast. It might be the lead character who does the final inspiring in the climax, but before then supporting characters might be the ones the lost soul really talks to and who help to explore the lost soul’s problems.

Finally, while the hero in shonen stories is often a powerful fighter, that doesn’t mean this plot requires the “hero” to fit the traditional mold or even be used in a shonen story! An example of this is the manga/anime Barakamon, which is a fun slice-of-life story about a calligrapher who is stuck in his artistic progress and moves to a remote island town to get away from it all. There the calligrapher Handa (the lost soul of the story) encounters the “hero” Naru, who is a fearless 7-year-old girl, who through her fearless approach to life inspires him to break out of his shell through a series of events. 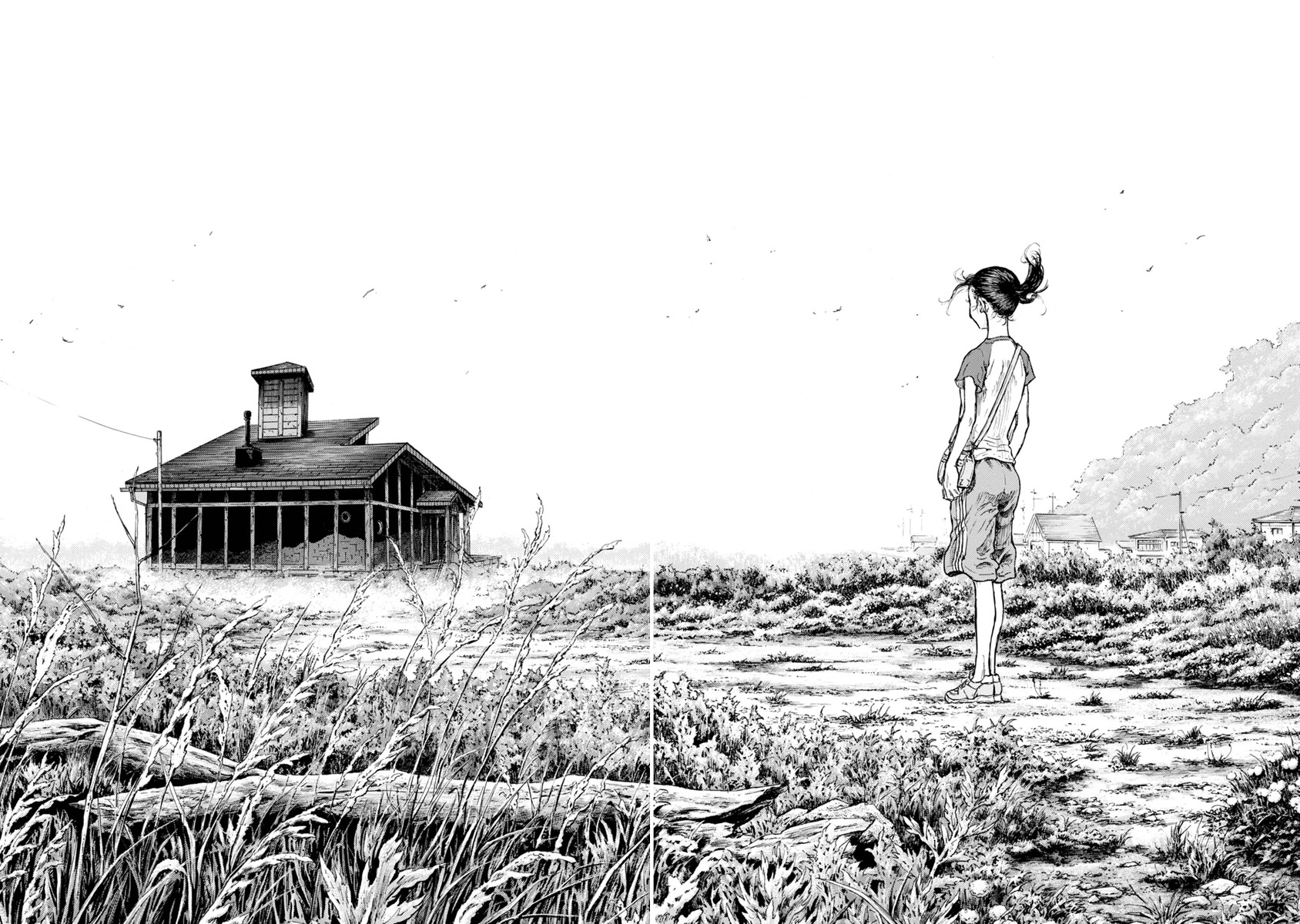 Similarly, the slice-of-life manga series River End Café is about a teenage girl left orphaned and emotionally damaged by the 2011 Tohoku Earthquake and teen bullying. The lost soul of this story, Saki, meets the also damaged Master of a local café (the “hero” character) on the recovered land in the devastated zone who helps her to overcome her grief and find her direction in life.

So you can see, there are many ways to present this plot, and to use it as the emotional core of a story. It can be the focus where the story is at its heart about loss and recovery (where the main character is usually the lost soul), or it can be a subplot where the focus is about action and adventure (where the main character is usually the hero). Either way, it’s a powerful and flexible plot that has become the go-to for manga creators for decades, and if you want to do a character-centered story, it can be your go-to plot as well.