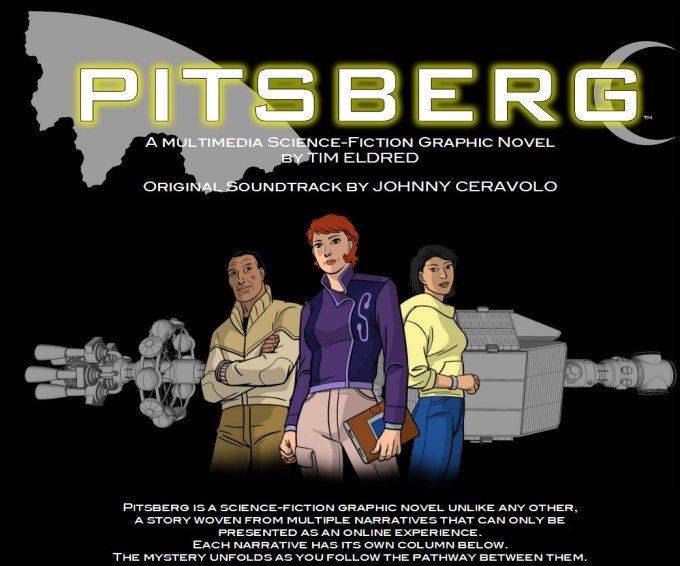 In this episode, Rob and Don sit down with comic artist and director of Marvel’s Avengers Assemble animated series Tim Eldred to discuss his career in the comic book industry and how it led him into the world of animation. Along the way, they discuss Tim’s advice for aspiring comic book artists, why getting your work done on time is crucial for a career in the comic book industry, and why the secret to successful media production is to have a really big raft! All this, and a look at Tim’s new project Pitsberg, are waiting for you in this episode of the Department of Nerdly Affairs.

Contrary to popular belief, the first Sentai completely dubbed into English wasn’t Zyuranger (Power Rangers Season 1, in 1993), it was 1984’s Bioman! A Filipino TV network dubbed the whole series in English in 1987, and released it to some success on the local TV stations.

Episode One Dubbed in English here on VEOH.com.

Bioman is the story of 5 young people (isn’t it always?) who become the agents of the Biorobo and are given superpowers to fight against the evil Doctor Man and his minions.

It was a big hit in it’s time in Japan, The Philipines, and France (where it was a megahit dubbed in French) and if you watch it, it’s not hard to understand why. It did many things differently than the Sentai series that would come before it and the ones that would come after it as well. It is unique, and just plain fun to watch.

A few examples of what made it different-

I actually get bored of Sentai series really quick (they’re too damn repetitive), yet for some reason I can watch Bioman with a big smile, even though it wasn’t part of my childhood. It’s just pure entertainment on a level which isn’t stupid or condescending, but pitched just right for any audience.

I’ve fallen out of love with anime over the years, but during the late ’80s and early ’90s I lived and breathed anime. (I even started London’s first independant anime club- Anime London.) So when I heard that the Anime News Network podcast was doing a “Top 10 of the ’80s” anime review show with a couple of old-timers (ie people slightly older than me), I was so there!

The show(s), which in total are around 3.5 hours long are totally worth listening to if you want to learn about what anime was like during what’s often referred to as being its “golden age”. The panel have a lot of different perspectives to bring to the table, and they do a good job of explaining their choices in detail. Even I learned quite a bit, and it inspired me to seek out a few old gems I think I missed or dismissed back in the day.